A Palestinian teenager has been shot dead during an overnight confrontation with Israeli forces at a refugee camp south of Hebron in the occupied West Bank, Palestinian officials have said.

“Mohammed Abu Hashash, 17, died after he was shot in the chest during clashes with [Israeli forces] in the al-Fawwar camp,” a statement from the Palestinian health ministry said.

At least 40 Palestinians were wounded in the clashes, Red Crescent medics estimated.

The violence broke out when a large convoy of Israeli military vehicles entered the camp where about 10,000 Palestinians live, witnesses said.

The Israeli military did not confirm or deny casualties during the operation, which a spokeswoman said aimed to “uncover weaponry” in the camp.

The army closed off the al-Fawwar camp for 26 days last month after a gunman fired on an Israeli car on a nearby road, causing a crash that killed the driver.

A wave of violence since October has killed 220 Palestinians, 34 Israelis, two Americans, an Eritrean and a Sudanese.

Most of the Palestinians killed were carrying out knife, gun or car-ramming attacks, Israeli authorities say.

In an interview with the Jordanian broadcaster Ad-Dustour on Monday, the monarch promised to fight “repeated violations and attacks carried out by Israel and extremist groups” at the holy site. 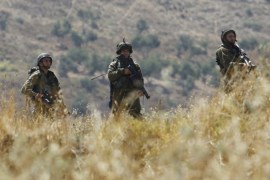 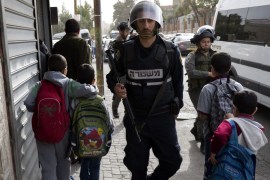 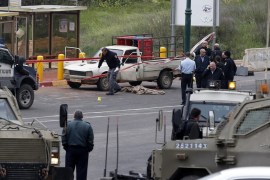