At least 43 people have been killed and several others remain missing after heavy rain and flash floods hit northern Pakistan close to the Afghan border.

Chitral is in the far north of Pakistan, bordering Afghanistan’s Badakhshan province.

“Most bodies had been identified, however, some bodies might have been washed away to Afghanistan,” Osama Ahmad Warraich, deputy commissioner of Chitral, told Al Jazeera, before adding that eight of the dead were soldiers.

Eighty-two homes in Ursoon were affected by the waters, a rescue services statement said, with some of them swept away, along with a mosque and an army post.

“Sixteen of the dead were offering prayers in the mosque when it was swept away by the flood,” spokesperson for the provincial disaster management authority Latifur Rehman said.

The army has been taking part in rescue operations in the affected areas together with the district administration.

But Warraich said the bad weather was hampering rescue efforts, but added that authorities had “called for helicopters to join rescue operations” in the area.

Poorly-built homes across the country, particularly in rural areas, are susceptible to collapse during the annual spring and monsoon rains in July and August, which are often heavy.

During the rainy season last summer, torrential downpours and flooding killed at least 81 people and affected almost 300,000 people across Pakistan.

The worst flooding in recent times occurred in 2010, which covered almost a fifth of the country’s total land mass, killing nearly 2,000 people and displacing some 20 million. 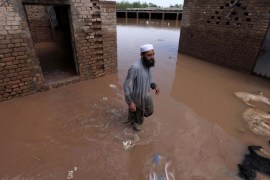 At least 63 killed and more than 30 injured as incessant rains cause havoc particularly in Khyber Pakhtunkhwa province. 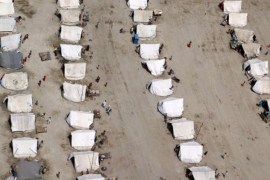 Monsoon rains have so far left 166 dead, with entire length of River Indus still at either medium or high flood level.