Turkey’s higher education council has banned academics from leaving the country for academic purposes and urged those overseas to quickly return home, according to state media and a Turkish official.

“It is a temporary measure that we were compelled to take due to the flight risk of alleged accomplices of coup plotters in universities,” a Turkish official, who asked to remain anonymous, told Al Jazeera on Wednesday.

“Universities have always been crucial for military juntas in Turkey, and certain individuals are believed to be in contact with cells within the military,” the official said.

The decision to restrict academics working for Turkish universities from travelling comes as the government engages in a widespread crackdown on bureaucrats suspected of being involved in last Friday’s attempted coup. Thousands of people in the judiciary, police forces and military have been sacked or detained.

At least 290 people, including plotters, died after rebel soldiers attempted to overthrow the government on Friday night, bombing state buildings and killing civilians and security forces.

The travel ban on academics follows a day after the higher education council demanded the resignation of 1,577 deans at universities across the country.

In a separate move on Tuesday, the education ministry also revoked the licences of 21,000 teachers working in private institutions. The government also suspended 15,200 state education employees.

Turkish President Recep Tayyip Erdogan has accused exiled Turkish businessman and cleric Fethullah Gulen of orchestrating the attempted coup and is demanding that the US extradite him.

Gulen lives in Pennsylvania but retains vast interests in Turkey, ranging from media to finance to schools, and wields influence in various arms of the state, including the judiciary and police.

US Secretary of State John Kerry told his Turkish counterpart in a phone call that Turkey needs to respect due process as it investigates those it believes were involved in the coup plot.

At least one senior Turkish official has directly blamed the US for the attempt to topple Erdogan.

That prompted Kerry to tell Turkey’s foreign minister that “public insinuations” about a US role are “utterly false” and harmful to US-Turkish relations. 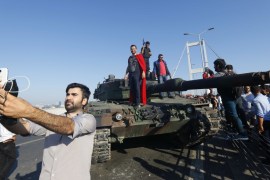 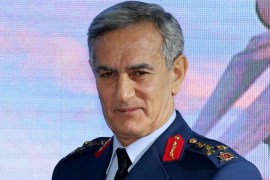 Akin Ozturk has not confessed to a role in the attempted coup, despite contradictory reports by state media. 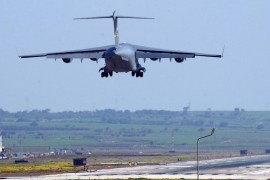