Britain “will not tolerate intolerance”, the office of Prime Minister David Cameron has said, after a series of racist incidents were reported following its decision to leave the European Union.

No 10 Downing Street came out on Monday with the warning, less than a week after the country voted to leave the EU in a referendum.

“We should be absolutely clear that this government will not tolerate intolerance … intimidating migrants, telling them they need to go home,” Cameron’s spokeswoman told journalists.

They include the posting of laminated cards reading “Leave the EU – no more Polish vermin” to members of the Polish community in Huntingdon, near the eastern city of Cambridge, on Saturday.

“We would like to thank people for all the messages of support and solidarity with the Polish community expressed by the British public,” the embassy said.

Khan said he took “seriously my responsibility to defend London’s fantastic mix of diversity and tolerance.

“I’ve asked our police to be extra vigilant for any rise in cases of hate crime, and I’m calling on all Londoners to pull together and rally behind this great city.”

Mark Hamilton, the head of the National Police Chiefs’ Council, said: “We are seeing an increase in reports of hate crime incidents to True Vision, the police online hate crime reporting site.

“This is similar to the trends following other major national or international events. In previous instances, crime levels returned to normal relatively quickly but we are monitoring the situation closely.”

Other incidents were reported on social media. Many used the #postrefracism tag and account to call out examples of intolerance, both to EU citizens living in England and non-white Britons.

One Twitter user, Ben Zen, wrote that two Britons waved an English flag towards him and, having heard him speak in Romanian, said: “We voted you out. Go home you f*****g immigrants.”

Another, Carlos from London, posted images of a Polish father and son who had been severely beaten, reporting that the family members had said Englishmen were behind the attack.

On Facebook, Ai Sha shared a video showing members of the far-right English Defence League gathering outside a mosque in Birmingham waving a flag that read: “Rapefugees Not Welcome”, as they shouted “f*****g p**dos” and “Allah, Allah, who the f*** is Allah?”. Police later made two arrests.

WATCH: Brexit rhetoric and the consequences of ‘Project Fear’

John O’Connell, from anti-racism group Far Right Watch, said they had recorded more than 90 incidents in the past three days, ranging from “verbal abuse up to physical violence”.

Rights groups called on people to report incidents as they promised action.

“Now we are witnessing the shocking extent of this with reports around the country of hate speech and minorities being targeted,” said Shuja Shafi, secretary general of the Muslim Council of Britain. “I will be writing to the Home Secretary to ask what measures are being taken to step up security and policing in areas where such incidences have been reported.”

Human Rights Watch said authorities “should take strong action to curb xenophobic attacks and abuse in the United Kingdom in the wake of the referendum”, as it encouraged people to report xenophobic acts to the police.

“A failure by the authorities and political leaders to address – and be seen to address – these initial attacks risks creating a permissive climate for further attacks and exacerbating divisions within society,” the group warned.

Below are a few examples of verbal and physical xenophobic attacks shared via social media:

In utter shock: just been called p**i in my home town! Haven't heard that word here since the 80s..!

Doctor colleague was told to 'go home' today. The legitimisation of racism by the political class is terrifying and real. Must fight it 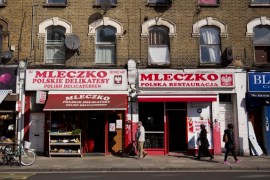 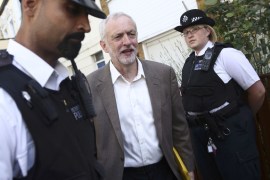