At least 65 Palestinian prisoners have declared an open-ended hunger strike in solidarity with activist Bilal Kayed, who was put on administrative detention last week after completing his prison sentence of more than 14 years.

Sixty of the prisoners, all of whom are affiliated with the leftist Popular Front for the Liberation of Palestine (PFLP), are being held at Megiddo prison in northern Israel.

Five others in Gilboa prison are also participating in the strike.

Israeli authorities have imposed a visitation ban on those taking part.

Kayed was imprisoned when he was 19, and has spent more than 14 years behind bars since 2001.

He was charged with being a member of the PFLP, a political party with an armed wing banned by Israel.

He was due to be released on June 13, but it was announced that he would be put under administrative detention for six months.

This order allows Israel to detain Palestinians on “secret evidence” without charge or trial for renewable six-month intervals.

Israeli authorities say he poses a security threat to the state and that he was conducting activities in the prison which cannot be disclosed.

Mahmoud Hassan, attorney and head of the legal unit at Addameer Prisoner Support and Human Rights Association, says there is no basis to the accusations.

After speaking to Kayed and reviewing his file, Hassan said Kayed “had a personal feud with one of the guards in the prison” named Amal Kayouf, who threatened Kayed with getting the authorities to extend his detention.

“This was an act of revenge. The community is confused. There was no sense in this and the decision does not even comply with the laws of punishment,” Hassan told Al Jazeera.

“He was not taking part in any activities in the prison that threatened Israel – Bilal was barely getting ready to start his life outside of prison.”

Under international law, the use of administrative detention is permitted only in exceptional cases related to security.

Israel, however, has detained thousands of Palestinians, and for years without charging them or allowing them to defend themselves in trial.

Of the estimated 7,000 Palestinians behind Israeli bars, at least 715 are administrative detainees, according to Addameer’s statistics.

A military judge will review Kayed’s detention order on June 27.

The judge can either confirm the order, cancel it, or reduce the detention period.

In the majority of cases, however, such hearings are merely used to confirm the orders. 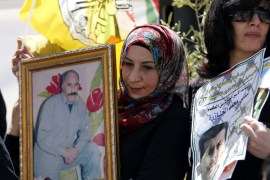 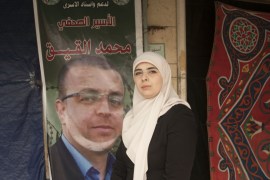