Correction 15 June: At time of writing authorities had identified the weapon used in the Orlando shooting as an “AR-15 type rifle”. Later the weapon turned out to be a SIG Sauer MCX, a different type of semi-automatic rifle which bears some similarities to the AR-15, but is inherently different. 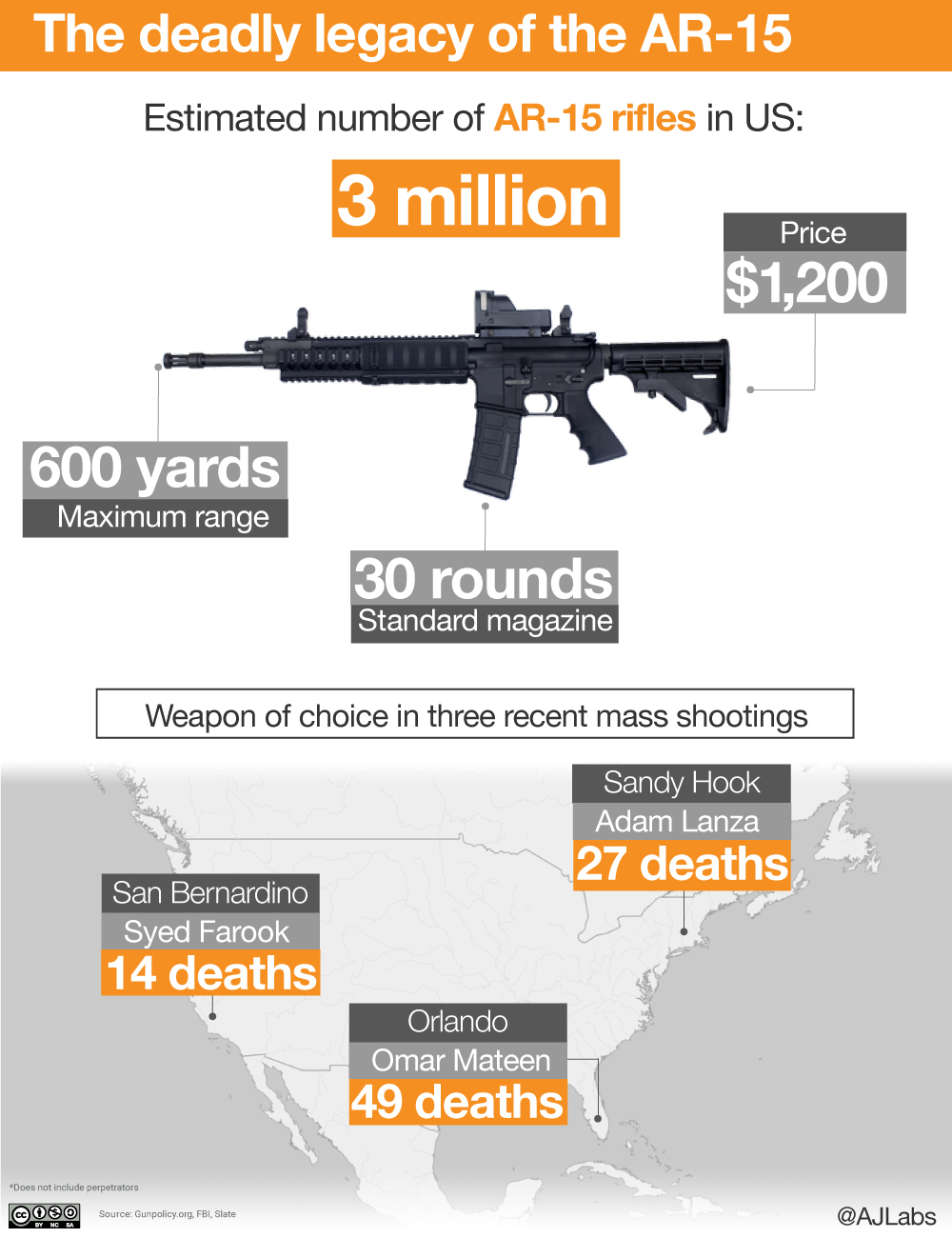