Nazareth – Wearing a T-shirt, chanting songs at a demonstration or donating clothing could be enough for Israel’s large Palestinian minority to fall foul of a newly passed anti-terrorism law, civil rights groups have warned.

The legislation, applied in Israel and occupied East Jerusalem, has been condemned as a “dangerous” threat to civil liberties. It dramatically broadens the range of offences to include sympathising with, encouraging and failing to prevent terrorism.

According to legal experts, it also gives Israeli police sweeping new powers to arrest suspects and deny them access to lawyers. Courts will be required to hand out long jail sentences.

Leaders of Israel’s 1.7-million-strong Palestinian minority, which accounts for a fifth of the population, said the law was “anti-Arab” rather than “anti-terror”. They fear it will be readily exploited to jail Palestinian citizens and East Jerusalem residents for political activity in showing solidarity with Palestinians under occupation.

Palestinians in the West Bank will be largely unaffected because they are subject to a separate system of Israeli military courts.

Adalah, a Palestinian legal organisation in Israel, says the law would effectively import into Israel many of the draconian military orders currently used against Palestinians under occupation.

This law doesn't just deal with actions in the past but with what Israel thinks you might do in the future. It is designed to terrorise and persecute citizens over their political beliefs and sympathies.

Nadeem Shehadeh, an Adalah lawyer, told Al Jazeera the law’s vague definitions meant waving a flag, sharing a Facebook post or being caught in clashes at a demonstration could result in prosecution under the law and several years of jail.

“Throwing a stone, jostling with police or chanting slogans could all be treated as violations of the law,” he said.

In any future Israeli military operations in Gaza, he added, Palestinian citizens who make donations to humanitarian groups – of clothing or food, for example – could risk prosecution for aiding terror.

“If enforced harshly, this [law] could lead to lots of arrests and prosecutions – with those found guilty facing heavy punishments.”

Palestinian members of the Israeli parliament, or Knesset, denounced the new measure too, saying it was likely to have a “chilling effect” on efforts by the Palestinian minority to show support for Palestinians under occupation.

Haneen Zoabi of the Joint List, a coalition of mainly Palestinian lawmakers, told Al Jazeera: “It is this law that is the act of terror.”

“This law doesn’t just deal with actions in the past but with what Israel thinks you might do in the future. It is designed to terrorise and persecute citizens over their political beliefs and sympathies.”

Such fears were heightened on Thursday when the police minister, Gilad Erdan, said he would ensure that local activists who support a boycott of Israel “pay a heavy price”.

He told a conference near Tel Aviv that the government had set up a legal team that would try to find connection betweeen activists belonging to the BDS movement – supporting boycott, divestment and sanctions – and terrorist organisations.

Zoabi said: “Is there any form of struggle against Israeli oppression more peaceful, more civil than BDS? It is clear the government’s real goal is silencing any criticism, any dissent.”

The Knesset passed the anti-terror bill with an overwhelming majority on Wednesday night. It was backed by all parties apart from the Joint List and the small, left-wing Meretz faction.

Formally, the law applies equally to Israeli citizens, whether Palestinians or Jews. However, Palestinian leaders said the law had been crafted to specifically target Palestinians in Israel and East Jerusalem.

“Be sure, if Israeli Jews are affected by this law, it will be only the left-wing ones who identify with the Palestinian struggle for liberation,” said Zoabi. At a parliamentary committee hearing on the law last month, Issawi Freij, a member of the Meretz party, observed: “A stone-throwing Arab will become a terrorist, while a stone-throwing ultra-Orthodox Jew will not.”

Under the legislation, leaders of terror organisations face 25 years in jail. The tariff rises to a mandatory life sentence if a terror attack is carried out. The defence minister will be able to order the seizure of an organisation’s assets even before it has been indicted as a terror group.

Adalah noted that the law does not distinguish between attacks on civilians and soldiers enforcing the occupation. In international law, the latter are considered legitimate targets.

An advisory committee will be able to approve declaring a group a terror organisation. Those under investigation for links to terror may find that they have no access to the secret evidence used against them, Shehadeh says.

Most Palestinian political movements in the occupied territories are treated by Israel as terror organisations. Israeli officials, for example, make no legal distinction between Hamas’ military leadership and its politicians running Gaza.

Shehadeh says the law would severely curtail freedom of expression. Threats to carry out a terror act – however improbable – could incur seven years in prison. Those inciting terror face five years, while those praising a terror organisation risked three.

Those aiding a terror organisation or providing it with services face five years’ imprisonment.

In many cases, he added, the burden of proof would shift to the accused to show that they had not aided or sympathised with a terror organisation, or failed to stop a terror act. “That violates a basic principle of due process in criminal law,” Shehadeh says.

Ayelet Shaked, the justice minister from the far-right Jewish Home party, welcomed the new powers. “Terrorism can only be defeated with appropriate punishments and deterrents,” she said. “The 2016 model of terrorism will receive a 2016 response.”

READ MORE: Why Israel is blocking access to its archives

The law is designed to supersede previous anti-terror legislation and incorporates many of the dozens of emergency regulations introduced by the British in the 1940s. The Knesset adopted those powers upon Israel’s creation in 1948 over vehement opposition from some lawmakers.

Shehadeh warned that a whole raft of security regulations approved over the years by the Knesset on an emergency or temporary basis – and supposed to be of limited duration – has now been permanently added to Israel’s lawbooks. “Even if the security situation changes, these measures – however extreme and however damaging to democratic rights – will continue to be available,” he says.

Amir Fuchs, a legal expert with the Israel Democracy Institute, says the legislation offered many troubling new tools to Israel’s prosecutorial system. The courts would be allowed to take into account “hearsay” – evidence from those who had not witnessed the events under investigation. The defence would not be in a position to cross-examine those providing such testimony.

The habeas corpus principle would also not apply in some cases, meaning hearings could be conducted without the accused present.

“These measures do not look like they are part of criminal law – how the state deals with its own citizens – but rather like a law that deals with the enemy,” Fuchs adds.

The anti-terrorism legislation underwent six years of drafting, but the process accelerated rapidly after a wave of so-called “lone-wolf attacks” began last year, many of them focused on Jerusalem.

Although East Jerusalem is under occupation, Israeli law is applied there because Israel considers it part of its “eternal capital”. Fuchs says the new law’s provisions would be subject to judicial review by the supreme court. However, he says the court would probably be reluctant to intervene. After years of threats by the right to strip the court of its powers, he says, its judges are now “walking on eggshells”.

The anti-terror law is viewed within the context of general political repression in Israel. Legislation is expected to be passed in the next few weeks cracking down on human rights groups and giving a majority of Knesset members the power to expel Palestinian lawmakers.

Aida Touma-Suleiman, a Knesset member for the Joint List, says police were already treating as incitement social media posts by Palestinian citizens and residents of East Jerusalem that attacked the occupation.

In last week’s Knesset debate on the law, Touma-Suleiman raised the case of Dareen Tatour, a Palestinian poet from Reine, near Nazareth, who was arrested in October over Facebook posts. She has spent three months in prison and is now under house arrest.

“This shows how dangerous it is to give Israeli security services the power to ‘interpret’ our political behaviour,” Touma-Suleiman says. “Israel wants us too frightened to hold an opinion or even share one.” 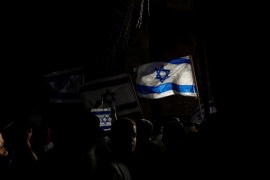 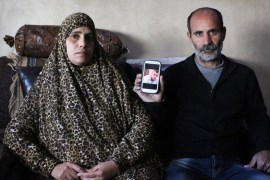 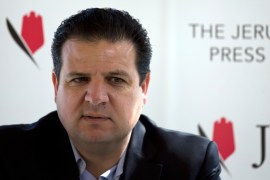 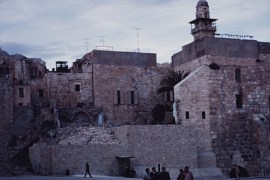