Kurdistan Freedom Hawks, an armed group known by the Kurdish-language acronym TAK, has claimed responsibility for Tuesday’s suicide bombing in the Turkish city of Istanbul which killed 11 people.

The attack destroyed a police bus in central Istanbul during the morning rush hour near the main tourist district, a major university and the mayor’s office.

The TAK, which is seen as a splinter group of the Kurdistan Workers Party (PKK), said in an online statement on Friday that the attack was revenge for Turkish army operations in the country’s Kurdish-dominated southeastern region.

“The action was carried out to counter all the savage attacks of the Turkish Republic in Nusaybin and Sirnak and other places,” the TAK said, referring to the areas where the army was carrying out operations against Kurdish fighters.

The TAK’s founders are believed to have broken away several years ago from the PKK, which has waged an armed campaign against the Turkish state for more than three decades.

A senior Turkish official, who asked to remain anonymous, told Al Jazeera that the government held the PKK responsible for the attack.

“TAK is just another name for PKK. The terrorists are trying to hide behind the alphabet soup to disassociate themselves from civilian deaths,” the official said in an e-mail statement to Al Jazeera.

The TAK also repeated a warning that foreign tourists for their own safety should not visit Turkey.

“We again warn foreign tourists who are in Turkey and who want to come to Turkey: foreigners are not our target but Turkey is no longer a reliable country for them,” the TAK said.

The group also confirmed that it was a suicide bombing.

The TAK has already claimed two attacks this year that killed dozens of people in the Turkish capital, Ankara, in February and March, raising concerns over security in the country.

Separately on Friday, the Turkish military sources said fighter jets targeted and killed a group of between eight and 10 fighters suspected of belonging to the PKK in the southeastern Hakkari province.

The PKK abandoned its two-year ceasefire in July, reigniting a conflict that has claimed more than 40,000 lives, mainly Kurdish, since 1984.

The violence wrecked a peace process that was seen as the best chance at ending one of Europe’s longest-running insurgencies. 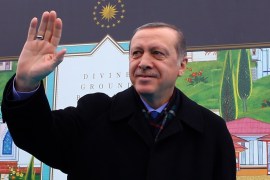