The family of the driver killed in a US drone strike that targeted Taliban leader Mullah Akhtar Mansoor have registered a case against US officials seeking murder charges.

The case, filed by the family of Mohammad Azam who was killed last week along with Mansoor in the Pakistani town of Ahmad Wal near Afghan border, said the father of four was innocent.

US officials described the car’s driver as a “second male combatant” but according to Pakistani security officials he was a chauffeur named Mohammad Azam who worked for the Al Habib rental company based in Quetta, the region’s main city.

“US officials whose name I do not know accepted the responsibility in media for this incident, so I want justice and request legal action against those responsible for it,” Mohammad Qasim, Azam’s brother said in a police report, a copy of which was seen by the AFP news agency.

“My brother was innocent and he was a very poor man who has left behind four small children and he was the lone bread earner in the family,” he added.

Local police and administration officials on Sunday confirmed charges had been filed, but declined to comment on what steps authorities would take to pursue the case, if any.

The identity of the US officials involved in the drone strike is unknown, and it is unclear if the charges will relate to those who ordered the attack or the US servicemen who carried it out.

Drones have been a major part of President Barack Obama’s campaign against armed groups in Pakistan.

Estimates vary on the number of alleged fighters and civilians killed in drone strikes, which have risen since President Obama took office in 2009.

In October, The Intercept published an eight-part investigation called “The Drone Papers” which disclosed that at least 90 percent of those killed by drone strikes in Afghanistan, Somalia and Yemen were not the intended targets.

One of the papers – a document circulated by the Pentagon’s Intelligence, Surveillance and Reconnaissance unit in 2013 – suggests that the US often carries drone strikes based on thin evidence. 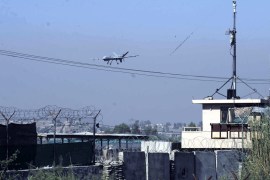 Families of Afghans killed in US drone raids seek probe 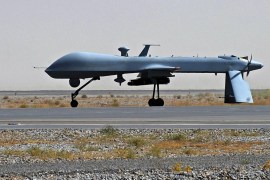 Portrait of an Afghan drone victim

Who are the often nameless victims of drone strikes in Afghanistan?