Over the weekend, 1,200 Ennahda delegates gathered in Hammamet, a coastal city an hour south of the capital, Tunis, before the party’s congress to debate the historic move. In an electronic vote, 93.5 percent of delegates voted in favour of separating the party’s religious and political activities.

Accordingly, elected Ennahda officials, who are involved in religious activities such as proselytising in mosques, will no longer be allowed to simultaneously hold positions in the party and civil society, including mosques and Islamic organisations.

“We are [now] Muslim democrats,” Mehrezia Labidi, a deputy and former vice-president of the Constituent Assembly of Tunisia, told reporters on the second day of the congress.

It's a natural development within Tunisia, a natural evolution of the Ennahdha party and of a democratic Tunisia,

Ennahda first emerged in the late 1960s as a religious group focused on preaching and Quranic study. In 1981, however, it morphed into a politically orientated organisation, in direct opposition to the rule of late President Habib Bourguiba. He was overthrown in 1987 by Zine El Abidine Ben Ali, who was president of Tunisia until he was toppled in a popular uprising in 2011.

Both governments were secular, repressive and sought to manipulate interpretations of Islam to monopolise political control.

Repressive government policies relegated Ennahda to operating primarily out of mosques and homes, lending a clear religious leaning to the party. The party struggled to articulate its identity as both a political party and a religious movement.

By the 1980s, Ennahda proved popular among Tunisians. In 1989, as the party performed favourably in the elections, Ben Ali’s regime began to crack down on the group in 1989-1990.

The ensuing years proved to be the most repressive for the party as Ben Ali banned it, imprisoned thousands of its members and forced its prominent leaders into exile.

Following Ben Ali’s ousting, Ennahda easily won Tunisia’s first democratic elections, demonstrating its broad appeal across the country. Yet despite showing a willingness to compromise by participating in a coalition government, the party faced challenges governing Tunisia in the tumultuous years following the revolution.

Despite this, Ennahda’s secular critics and political rivals insisted the party did not do enough to counter what they describe as a rising Salafi movement. The assassination of two political opposition leaders further tainted the party’s image, despite the fact that party leaders condemned the assassination.

In an effort to keep Tunisia’s democratic transition afloat, in late 2013 Ghannouchi reached a compromise with the secular veteran politician Beji Caid Essebsi, now president,  ceding power to a caretaker government that made room for a new constitution to be adopted.

Essebsi’s Nidaa Tounes party won the 2014 elections, but this year 20 of his party’s politicians resigned amid internal disputes, and Ennahda now has a majority in parliament.

Party officials have stressed that Ennahda’s separation of religion and politics is a genuine shift. “It’s a natural development within Tunisia, a natural evolution of the Ennahda party and of a democratic Tunisia,” Secretary General and Congress President Ali al-Arid told Al Jazeera.

Although Ennahda has put on a unified front during this transition, Shadi Hamid, senior fellow at the Brookings Institute, is sceptical. “It’s a natural evolution from where Ghannouchi and others close to him have been in the last several years, but is it a natural transition for Ennahda as a movement? … Obviously, not everyone in Ennahda is on board,” said Hamid.

As party leader, Ghannouchi is widely considered to have been the architect of Ennahda’s decision to separate its religious and political activities. Although the party has stated that it desires neither an Islamic state nor the implementation of sharia law, the question of rebranding the party’s image has been internally debated for years.

Ennahda held hundreds of meetings, both within Tunisia and abroad, before reaching the decision. Several analysts pointed out that the party could not wait any longer before making the announcement.

Official party rhetoric has pointed to two specific reasons for its decision: the rise of the Islamic State of Iraq and the Levant (ISIL, or ISIS) group, which uses the term political Islam to describe its extremist activities; and Tunisia’s new constitution, which protects freedom of religion and limits extreme secularism.

Ghannouchi publicly stated that there is now “no justification for political Islam in Tunisia”.

Other Islamist parties in the region, such as Algeria’s Islamic Salvation Front and Egypt’s Muslim Brotherhood, have won elections – but then either been overthrown, or prevented from taking the reins of power.” The coup in Egypt [in 2013] had a significant effect on Ennahda’s thinking,” said Hamid. “They are perpetually afraid of a return to authoritarianism.”

Since it first came to power in 2011, Ennahda has often made concessions to highlight its desire to keep one foot in Tunisian politics, no matter what the cost.

However, Ghannouchi’s 2013 collaboration with the secular Nidaa Tounes caused internal friction that threatened Ennahda’s unity. Some party supporters remain frustrated that they are in a coalition with their former rival.

Will Ennahda’s move pay off politically? There are concerns that the party could alienate its religious voter base, though Monica Marks, a visiting fellow at the European Council of Foreign Relations, insists that “the party’s internal culture is likely to remain Islamist or Islamist-inflected for a long time to come”.

Yet Hamid is not certain this will be the case. “Ennahda draws strength from the fact that it’s not just a political party, it’s something beyond a party,” he told Al Jazeera. “It’s a movement, and if you take that away, then you have to ask yourself: What makes Ennahda distinctive?” 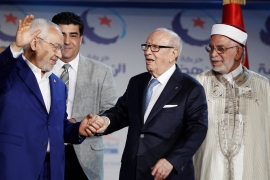 Several months of internal debates have come to full fruition for the reformists within the party. 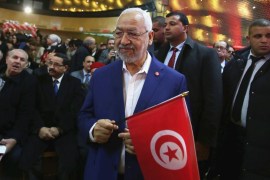 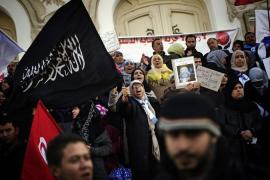 Ennahda: The price of being in power

Ruling party is likely to bear the brunt of the biggest political crisis Tunisia has faced since the 2011 revolution. 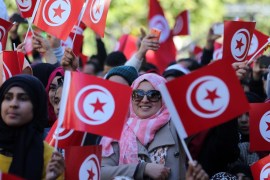 Where is post-revolution Tunisia heading?

Five years after their popular uprising, Tunisians remain divided about their country’s future.