Australia’s immigration minister brought border security and immigration to the centre of the 2016 election campaign, warning that resettling “illiterate and innumerate” refugees would strain the social safety network and take Australian jobs.

Border security and immigration are hot political issues in Australia which have swayed past elections and resulted in a bipartisan policy under which asylum seekers attempting to reach the country by boat are intercepted and sent to camps on the island of Nauru, about 3,000km northeast of the country, or on Manus island in Papua New Guinea.

The number of refugees attempting to reach Australia pales in comparison to those flooding into Europe from the Middle East, and the United Nations has criticised its detention camps.

The conservative government last year pledged to take 12,000 refugees from Syria on top of its 13,750 annual quota. The centre-left opposition Labor Party says it will double the annual quota to 27,000 by 2025 if it wins elections on July 2.

“They won’t be numerate or literate in their own language, let alone English. These people would be taking Australian jobs, there’s no question about that,” Immigration Minister Peter Dutton said when asked about the proposed increase in the humanitarian intake quota.

“For many of them that would be unemployed, they would languish in unemployment queues … and the rest of it so there would be huge cost and there’s no sense in sugar-coating that, that’s the scenario,” he told Sky News late on Tuesday.

The comments drew sharp reactions from Labor and the opposition Greens Party, which is arguing for the intake quota to be increased to 50,000 people.

“Mr Dutton didn’t just insult refugees when he made those comments. He insulted the millions of migrants who’ve contributed to making this a truly great country,” Shorten told reporters.

But, Turnbull defended his immigration minister and said, “Peter Dutton has done an outstanding job.

“We are one of the most generous host countries for refugees,” he said, “As Peter was saying, many of them come to Australia from shattered areas of the world.

“Many of them, large percentages of them, have no English skills at all. Many of them are illiterate in their own language. That’s why we are reaching out to help them with compassion.”

Behnam Satah, a 30-year-old asylum seeker detained on Manus Island in Papua New Guinea, on the other hand, told Reuters that many in the camp were well educated and would be a boon to the Australian economy.

“If one day we go to Australia, history will prove this. And that day I will go to (Dutton) and say: ‘What do you say now?’,” said Satah, who was studying for a master’s degree in English education before fleeing his native Iran.

The Nauru and Manus Island camps have become a headache for Turnbull. In the past month, two asylum seekers have set themselves on fire in protest against their treatment on Nauru. One of them, an Iranian man, died.

Papua New Guinea has also said it plans to close the Manus Island centre after its Supreme Court ruled it unlawful, raising questions about where the refugees would be resettled. 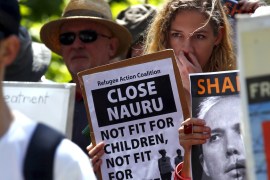 Papua New Guinea’s Supreme Court has ruled that detention of asylum seekers on Manus Island is illegal and must stop. 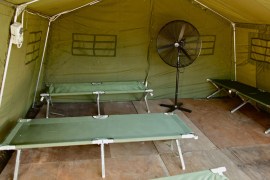