A Pakistani man threatened to hang himself on the Greek island of Lesbos on Wednesday, as scores of people locked up in a detention centre continued to protest against their deportation to Turkey.

The young man, held at the overcrowded Moria registration centre, climbed a utility pole and forced himself into a makeshift noose made of a scarf.

Chanting “freedom, freedom”, the 18-year-old threatened to end his life before being convinced by his compatriots and police officers to come down, Greek media reported.

The threat came as more than 100 people from Pakistan and Bangladesh staged a sit-in at the closed camp, asking not to be sent back to Turkey as part of a deal the EU brokered with Ankara to stem the flow of refugees to Europe.

Under the controversial agreement, all “irregular migrants” arriving in Greece from Turkey since March 20 face being sent back across the Mediterranean.

IN PICTURES: Greece sends refugees back to Turkey

In the first wave of deportations on Monday, about 200 people from Pakistan, Bangladesh and Afghanistan were sent back to Turkey aboard chartered Turkish ferries sailing from Lesbos and the nearby island of Chios.

Al Jazeera’s Zeina Khodr, reporting from Lesbos, said the protesters at Moria, who chanted slogans such as “Freedom” and “We are not illegal”, are increasingly worried they will be deported from Greece.

“There is a likelihood that that will happen,” she said. “They are now applying for asylum but if those asylum claims are rejected they will be sent back.”

Wednesday’s suicide threat was not the first act of desperation by Pakistani men in Greece in recent months.

In late February, two men believed to be brothers were rushed to a hospital after hanging themselves from a tree in Athens’ Victoria square, a gathering point for refugees arriving in the Greek capital.

The young men, who were later released from hospital in good condition, were protesting against border measures that blocked them from continuing their journey towards northern Europe.

Speaking to Al Jazeera at the time, Yiannis Chatzidakis, a psychiatrist with Klimaka, a suicide prevention NGO that runs a helpline in Greece, said the refugee crisis in the country was deteriorating.

“I am not surprised by the fact that people who are under such psychological pressure can commit such desperate acts,” Chatzidakis said.

“The situation is increasingly becoming worse … so I don’t find it strange that hopeless people with no home are willing to attempt to cut razor-wire fences or even commit acts – irregardless if they have mental health issues or not.”

The deal to send people back across the Aegean Sea has been fiercely criticised by rights groups on ethical grounds, with the UN refugee agency (UNHCR), Doctors Without Borders (MSF), and other aid organisations all pulling out staff from facilities on Lesbos and other Greek islands.

“We made the extremely difficult decision to end our activities in Moria because continuing to work inside would make us complicit in a system we consider to be both unfair and inhumane,” Marie Elisabeth Ingres, MSF head of mission in Greece, said in late March.

“We will not allow our assistance to be instrumentalised for a mass expulsion operation, and we refuse to be part of a system that has no regard for the humanitarian or protection needs of asylum seekers and migrants.” 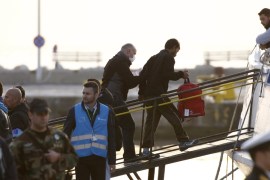 Deportation of refugees from Greece to Turkey begins 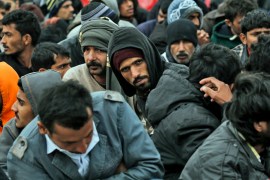 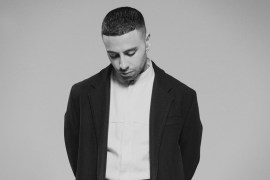