An Indian court on Monday issued an arrest warrant for the embattled liquor tycoon Vijay Mallya, who left the country owing more than $1bn, an official said.

The 60-year-old baron, once dubbed the “King of Good Times”, left India on March 2 despite calls for his arrest and is believed to be in Britain.

“The court today issued a non-bailable warrant against Vijay Mallya at our request,” a senior official at the Enforcement Directorate, the government’s financial crimes investigator, told AFP news agency on condition of anonymity.

The official said the directorate would now decide how to proceed against Mallya and may seek his extradition from Britain.

“We will deliberate before deciding our next step,” he said.

The move comes days after India suspended Mallya’s passport at the request of the Enforcement Directorate, which had issued a series of summonses for the businessman to appear before it.

Its investigation relates to loans which the state-run IDBI bank made to his now-defunct Kingfisher Airlines, despite allegedly knowing it was suffering financial troubles – leading the bank to sustain huge losses.

Mallya acquired his “Good Times” nickname before the 2012 collapse of the airline, which left thousands of workers unemployed and millions of dollars in unpaid bills.

The directorate has reportedly accused him of siphoning off money from Kingfisher to buy property abroad – a claim the company denies.

In a statement issued before the warrant, Kingfisher Airlines’ owner the UB Group said it was “shocked at the allegation made by the Enforcement Department before the PMLA Court.

“Multiple investigations have been going on since July 2015 and this allegation has never been made,” it said late on Sunday.

“In order to explain foreign exchange remittances, all of which have been fully accounted for, we will provide full details in the next few days.”

The company said the Enforcement Directorate’s basis for seeking a warrant against Mallya was “erroneous and unjustified”.

Mallya is also being chased by a group of banks over $1.34bn in unpaid loans made to his defunct airline.

Earlier this month the banks rejected his offer to repay $600m and told the Supreme Court they wanted him to return to India so they could negotiate with him personally over the total owed.

His massive debt has become a symbol of Indian banks’ vast volume of bad loans – those already in default or close to it – which are seen as a threat to financial stability in Asia’s third largest economy.

Critics say the government has not done enough to tackle the issue of wealthy individuals such as Mallya, who obtain huge loans which they later fail to repay.

The businessman, who is also a member of India’s parliament, has denied absconding and has criticised the media for what he has called a “witch hunt”.

India and Britain signed an extradition treaty in 1993. 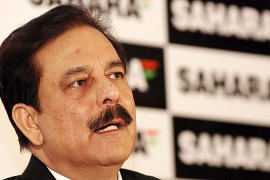 Chief of Sahara group is taken into custody after surrendering in case relating to non-refund of investors’ money. 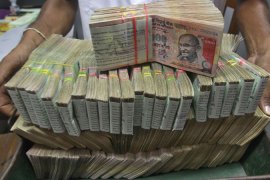 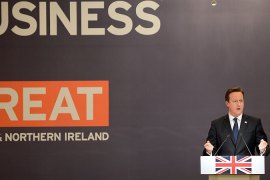