Warmer air, less frigid water and gravity may combine to make parts of Antarctica’s western ice sheet melt far faster than scientists had thought, raising sea levels much more than expected by the end of the century, a new study says.

New physics-based computer simulations forecast dramatic increases in melting in the vulnerable western edge of the continent. In a worst-case scenario, that could raise sea levels 46cm to 86cm by 2100 – more than an international panel of climate scientists predicted just three years ago.

Even if countries control heat-trapping gases at the moderate levels pledged in Paris last year, it would still mean seas 8cm to 31cm higher than forecast, according to a study published Wednesday in the journal Nature.

By 2500, in the worst-case scenario, the simulations predict seas 13 metres higher – purely from the Antarctic melt.

“You’re re-mapping the way the planet looks from space with those numbers, not just subtle changes about which neighbourhoods are going to be susceptible to storm surge,” said study lead author Robert DeConto, a climate scientist at the University of Massachusetts.

This is all because Antarctica is one of the biggest wild cards when scientists try to assess the effects of man-made climate change in upcoming decades.

Scientists were caught by surprise when the western portion of the continent started showing signs of rapid ice loss in the last decade or so.

The United Nations’ Intergovernmental Panel on Climate Change has not forecast much sea level rise from Antarctica, just 18cm by the year 2100 in its last report. For this century, the panel saw water expanding from heat, glacier melt, and Greenland ice sheet loss as bigger factors.

Instead of 18cm, DeConto’s simulations forecast sea level rise from Antarctica’s melt alone as 64cm to 105cm in the worst-case scenario, and 26cm to 49cm if greenhouse gas emissions are moderately controlled.

If the world cracks down more dramatically on heat-trapping gases, Antarctica would essentially not add anything to sea level rise, the study said.

But those figures are just worldwide averages. In many places on the US East Coast, like Boston, it could be 25 percent more than that because of geological conditions, DeConto said.

“North America has a lot to fear from ice loss from West Antarctica, which is where it all begins,” DeConto said.

While other studies have looked at the effect of warming from water below ice sheets and the air that melts from above, DeConto added in the effect of pooling water and giant ice cliffs.

Those ice cliffs, which can be dozens and even hundreds of metres high, can collapse from the sheer weight of ice, and that hastens glacier and ice sheet retreat, he said.

Ted Scambos – at the University of Colorado, who wasn’t part of the new study – said it was plausible and used “a few simple yet under-appreciated factors regarding ice retreat”.

It’s the difference between rising seas that can be managed and conditions that are “dangerously risky”, he said. 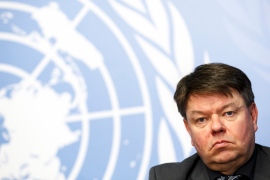 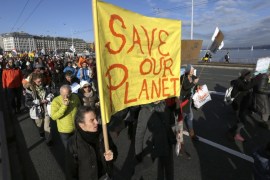