Mukalla, Yemen – Since the war in Yemen broke out last year, more than 2.4 million Yemenis have become internally displaced by the fighting.

After the Houthi rebel group captured Yemen’s capital, Sanaa, war has raged between the Houthi fighters and supporters of Yemen’s ousted government, backed by a military coalition led by Saudi Arabia.

On Wednesday reports began circulating about an agreement reached by Yemen’s warring parties to observe a nationwide cessation of hostilities starting next month. Many Yemenis expressed hope that this would put an end to the year-old conflict that has killed more than 6,000 people – half of them civilians.

Al Jazeera recently spoke to four Yemenis, three of whom are internally displaced, about their stories and the challenges they have faced in their daily lives during the past year. Here is what they had to say:

After living for three decades in Yemen’s port city of Aden, Ahmad Salim Abdul Manaa fled the city with his family in late June last year after battles broke out between the Houthi rebel group and forces loyal to the Yemeni government.

They had lived in Aden’s Khour Maksar neighbourhood, where some of the fiercest fighting raged. “We decided four times to flee Aden,” Abdul Manaa said, “but could not make it because of clashes on the main road to Hadramout [province].”

Now, Abdul Manaa works as a taxi driver in Mukalla, the capital of Hadramout province, while his family lives in the poor, remote village of Hajjar, where Abdul Manaa was born.

He rents a dilapidated house there for 1,500 riyals ($7) a month. After fleeing Aden, Abdul Manaa first worked as a shepherd in Hajjar before moving to Mukalla.

Abdul Manaa has to work hard every day to pay 2,000 riyals ($9.30) to the company that owns the taxi he drives. “I work for my food and drink,” he said. “I rarely save money for my family. I live and sleep in this taxi. I have a blanket and a pillow in the back. I take them out and sleep whenever I feel tired at night.”

Meanwhile, Abdul Manaa’s family is living in abject poverty, and is subsisting on donations from villagers in Hajjar. To make matters worse, a rare cyclone hit Yemen last year, and Abdul Mana’’s house in Hajjar was damaged by the heavy rains.

But he told his family to stay put. “They cannot go elsewhere, as there were not many empty houses in the village. I asked them to stay in the house, as God – who saved them from death in Aden- would [also] save them there.”

“I dream of building a house for my children,” said Abdul Manaa. “I want stability, stability and stability.”

Although Aisha Hassan Ali lives just a stone’s throw away from Ibn Sina hospital in the southern Yemeni city of Mukalla, the heart attack survivor says she sometimes forgoes medical treatment for her ulcers and anemia so that she can afford to feed her children.

It wasn’t always this way. The divorced mother of six had enjoyed a comfortable life in Sanaa, Yemen’s capital, selling light meals in schools – as most Yemeni schools do not have canteens – while her eldest son worked as a driver.

All that changed once the Saudi-led coalition began bombing Sanaa last March, in an attempt to drive out the Houthi rebels who had taken over the city. Nearby Ali’s house were military bases, as well as the residences of prominent Houthis and former Yemeni president Ali Abdullah Saleh, who supports the rebel movement.

“When the bombing intensified, I fled with my children in July to Seiyun [a city in Hadramout province] and lived shortly with my sister,” Ali explained.

However, her sister’s house was already full of displaced relatives who had fled the civil war in Syria, so Ali and her family returned to Sanaa. One morning last September, a coalition warplane bombed the house of a senior government official, just a few metres away from her home. “The explosion damaged windows and doors, burst my right eardrum, and left my children in shock,” Ali said.

She scrambled to collect important items and fled to Mukalla, where her mother lives, and which has been under al-Qaeda control since last year. “So we decided to rent a flat and seek help from charities,” said Ali. “When we arrived here, the house was unfurnished. My children used to sleep on the ground.” Eventually, after a local charity gave her 40,000 riyals ($186), she was able to buy mattresses, blankets and pillows.

Although Mukalla is safer for her family, Ali says her young children remain traumatised from the explosions they witnessed in Sanaa. “They rush to me when they hear fireworks, and also wake up in panic when they hear the sound of large trucks. They tell me ‘anti-aircraft guns’.”

Meanwhile, her children are unable to attend school. According to Ali, an education director in Mukalla told her that she must return to Sanaa to have the Ministry of Education certify her children’s school documents before they can enrol.

“I borrowed more than 200,000 riyals ($930) from well-off relatives to survive, in the hope that my life would get better and pay them back.I want people to help me with whatever they can – medicine, food and furniture. We will go back to Sanaa when the air strikes stop. But we need money to pay for bus tickets.”

Last March, 38-year-old lawyer Mostafa al-Attas was preparing to travel to Ain Shams University, in Egypt, to present his PhD thesis. But after the start of the Saudi-led airstrike campaign last year, Egypt began requiring Yemeni passport holders aged 18-45 to obtain a visa in order to travel there.

To make matters more complicated, the Egyptian embassy in Yemen closed after the Houthi rebels ousted the government from Sanaa last year. As a result, Attas had to apply for an Egyptian visa in Saudi Arabia – but Saudi Arabia also requires Yemenis to obtain an entry visa.

Finally, last May Attas got a Saudi visa, and applied for an Egyptian student visa in Saudi Arabia. But his application was rejected, and the embassy requested he bring a letter from his university proving that he was a student.

Attas stayed in Saudi Arabia for three months, hoping that the university would waive the new fees. But they did not budge, and he returned to Mukalla. This year, he headed back to Saudi Arabia in January to apply for a visa again. If he fails, he plans to present his thesis at Aden University instead.

Even if he were successful in his visa application, Attas noted that flights from Yemen are few and far between, given the bombing campaign. He said many students had to pay $350 to get a transit visa to Oman, which shares a land border with Yemen, in the hopes of flying to Egypt from there.

Yet even reaching Oman does not guarantee one will reach Egypt. “Some of my friends stayed in Oman for three months waiting for a visa to Egypt,” Attas said. “Others travelled to Sudan and got stuck there.’

Since arriving in Mukalla after fleeing the war-torn city of Taiz, Saleha Khames Ali and her large family have had very few happy days.

But on March 11, they were overjoyed to hear that the Houthi rebels, who had controlled much of Taiz, had been driven out of many parts of the city. For the first time since last March, clashes and shelling stopped in the neighbourhood they had lived in. “My neighbours told me that there is no war there,” Ali said.

Khames Ali and 17 of her family members fled Taiz in September. “We decided to escape when shells began to land in neighbours’ houses. Children were terrified by the sounds of explosions,” Khames Ali said. Earlier, she was struck by a bullet shot randomly while shopping in Taiz’s vegetable market, and was treated in hospital for 15 days, which drained the family’s savings.

Today, Ali’s large family lives in difficult conditions, crammed into a flat of three rooms. Fortunately, the landlord took pity on them and asked that they only pay for utilities, not the rent. “We have no money. We want to buy tomatoes, onions, chicken, fish and another cooking gas cylinder,” Ali said.

Khames Ali explained that her husband, a builder, cannot find a job in Mukalla. As a result, she said, “when any of my children or grandchildren get sick, we cannot take them to a hospital. One of them is having chronic adenoids.”

When the family fled Taiz, they left the children’s educational documents at home. “We were in a hurry. We forgot the certificates,” Ali said. As a result, the children cannot enrol in school in Mukalla.

Since hearing that the fighting in Taiz has died down, the family has sent appeals to local philanthropists and charities to help them buy tickets home. “We need at least 200,000 riyals ($930) for transportation from Mukalla to Taiz via Aden,” said Najeed Mohammed Haider, Ali’s son-in-law. “Bus drivers heading to Taiz from Aden charge more, since fuel is scarce there.” 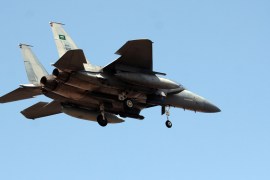