Hamburg, Germany – More than 1,000 refugees, migrants and activists met in Hamburg for a conference focusing on the challenges refugees face in Europe and on migration routes.

The conference, which started Friday and ends on Sunday, included discussions on European borders, changes to asylum legislation, and the interplay of racism and sexism in the public debate on refugees.

More than one million refugees and migrants arrived in the European Union during 2015, and the pace of arrivals dramatically increased in the first two months of this year.

As tension surrounding refugees and migrants rises at Europe’s borders and in its cities, the Hamburg conference – branded “The Struggles of Refugees – How to Go On?” – is the first major attempt by refugees in Europe to self-organise across borders and create solidarity for their common goals.

“We should give each other power,” Anas Aboura, an asylum seeker from Syria, told Al Jazeera at the conference.

“As refugees, we must be united together in order to reach the aims we want to reach, to get equality, to get the right to stay, to get educated, to work, to have a normal life as we had before the wars in our countries started.”

Hamed Elfangeri, an asylum seeker from Sudan who lives in Hannover, said it was a good chance for refugees to speak about their struggles.

“We find that the problems for refugees in Germany, in Calais, in Italy are many times the same problems,” he said.

The conference was organised by a collaboration of several refugee groups, including Refugee Movement Berlin, Refugee Protest Camp Hannover, and Lampedusa in Hamburg.

The event was funded through the support of three German foundations as well as a crowd-funding campaign that raised 17,500 euros ($19,100).

During the three-day conference, a law clinic will provide asylum seekers and refugees with free legal counselling and a “Queer Island” will offer advice and support for lesbian, gay, bisexual, transsexual, and intersex refugees.

Creating connections between Germans and refugees is one of the main goals of the conference, according to Amelie Deuflhard from Kampnagel, the venue hosting the event. 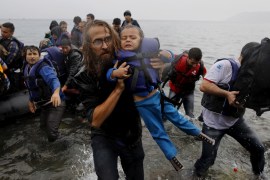 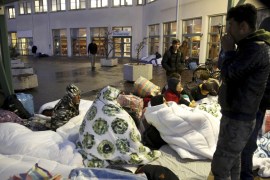