United Nations Secretary-General Ban Ki-moon has expressed concern that a stalemate in the negotiations between Israel and Palestinians is reaching the point of no return for a two-state solution.

“The time has come for Israelis, Palestinians and the international community to read the writing on the wall: The status quo is untenable,” Ban wrote in an opinion piece published in the New York Times late on Sunday.

“Keeping another people under indefinite occupation undermines the security and the future of both Israelis and Palestinians.”

More than 600,000 Palestinians were expelled from their homeland and turned into refugees in neighbouring countries during Israel’s 1948 establishment.

They have swelled to more than five million UN-registered refugees in camps across Lebanon, Syria, Jordan and the occupied Palestinian territories.

Since the 1967 Middle East war, Israel has occupied the Palestinian territories of the West Bank, including East Jerusalem, and the Gaza Strip.

Israeli Prime Minister Benjamin Netanyahu slammed Ban last week, saying he gave a “tailwind to terrorism” after the secretary-general put some of the blame on Israel for four months of stabbings and car rammings by Palestinians.

Protests against Israel’s ongoing occupation in the Palestinian territories have boiled over into violence in recent months.

Since October 1, Israeli forces or settlers have killed at least 167 Palestinians, including bystanders, unarmed demonstrators and attackers. At least 25 Israelis have been killed in attacks carried out by Palestinians.

Ban, who will step down at the end of 2016 after 10 years as UN chief, had told the UN Security Council that it is “human nature to react to occupation”.

“I will always stand up to those who challenge Israel’s right to exist,” Ban said in the Times, “just as I will always defend the right of Palestinians to have a state of their own. That is why I am so concerned that we are reaching a point of no return for the two-state solution.

“The United States and the European Union – Israel’s closest allies – also have had unusually stern criticism of Israel in recent weeks, reflecting their frustrations with Netanyahu’s right-wing government.

OPINION: A new Palestinian leader for all?

“The stalemate carries grave risks for both sides: a continuation of the deadly wave of terrorism and killings; the collapse of the Palestinian Authority; greater isolation of and international pressure on Israel,” Ban wrote.

He said the Palestinians must bring Gaza and the West Bank under a single democratic-governing authority and take action to stop attacks on Israel, including an immediate end to the building of Gaza tunnels into Israel.

On Sunday, a Palestinian Authority police officer was shot dead while attacking and injuring three Israeli soldiers in the Ramallah area of the West Bank. Israeli forces quickly imposed a siege on Ramallah, where the PA is based.

According a poll conducted in December by the Palestinian Centre for Policy and Survey Research, two-thirds of Palestinians polled believe a two-state solution is “no longer viable”, while 65 percent believe that PA President Mahmoud Abbas should resign.

Alaa Tartir, programmes director at Al-Shabaka, a Palestinian policy network, told Al Jazeera that Palestinians “have already paid a high price” for negotiations that have failed to end the Israeli occupation.

“Nowadays, the youth revolting in the streets of Palestine are challenging the Israeli matrix of control, but they are also challenging the PA’s failed strategy and its illegitimate leadership, effectively saying that enough is enough,” he added. 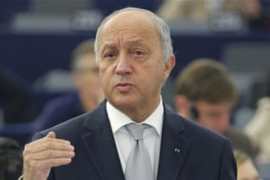 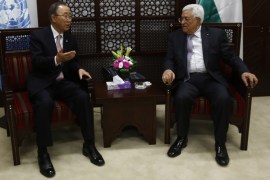 Ban says all killings must be investigated after three weeks of deadly unrest in Israel and Palestinian territories.