Amman – To Mahmoud Abbas’s credit, he has shown more interest in convening the general conference, the supreme body of the Palestinian National Liberation Movement, Fatah, than did his predecessor Yasser Arafat.

In 2009, albeit almost five years after taking charge of the movement, Abbas together with his closest associate, Muhammad Dahlan, convened the General Conference for the first time since 1989. Together, they remade Fatah in their image. During this past week, after an interval of seven years, Abbas convened its seventh General Conference. This time Dahlan was absent, which was very much the point of the exercise.

In years past, Fatah’s general conference served to negotiate consensus between the movement’s various factions and power centres on issues such as its strategic orientation, political programme and representation on its decision-making bodies.

While Arafat – as a rule – emerged triumphant from such gatherings, he also ensured that the movement’s myriad constituencies were adequately represented, and thus co-opted, in key institutions such as its Central Committee and larger Revolutionary Council, and that the political programme incorporated their divergent core principles.

As a mainstream national liberation movement open to every Palestinian, irrespective of ideological persuasion, social background or geographical location, Fatah counted among its ranks marxists and millionaires, rebel fighters and bureaucrats, rural refugees and urban notables, and Muslims, Christians and Jews drawn from virtually every Palestinian community on the planet.

The 1982 expulsion of the PLO from Beirut, and more particularly the renunciation of conflict with Israel and establishment of the Palestinian Authority pursuant to the 1993 Oslo Accords, began the transformation of Fatah into a party of government that is primarily concentrated in the occupied territories.

This reality notwithstanding, the 2000-2004 al-Aqsa Intifada demonstrated that both the movement’s cadres and elements of the leadership retained a capacity to mobilise Fatah for its inaugural purpose.

With the ascension of Abbas, resistance came to a definitive end. By the time the sixth General Conference convened in 2009, Fatah had been neutered as a national liberation movement, its militants and power centres neutralised, exile constituencies cast aside, and its ambitions limited to administration in the occupied territories and international diplomacy.

To be fair, It did have some fight left in it, but this was directed at the rival Hamas movement, which had seized power in the Gaza Strip, as well as other Palestinian detractors.

To speak of the Palestinian schism these days is no longer to reference the split between Fatah and Hamas that neither group seeks to resolve because both are sustained by it. Rather it refers to the conflict that erupted within Fatah between erstwhile partners Abbas and Dahlan. As the latter became too ambitious and brash for the former’s paranoid taste, Abbas engineered Dahlan’s downfall and expulsion from both the movement and the West Bank.

Unlike with Hamas, political and policy differences between Abbas and Dahlan are to this day non-existent.

While many Dahlan loyalists were removed from their positions in the PA and PLO, purging them from Fatah proved a more difficult task. A complicating factor is that Dahlan’s main base of support is in the Gaza Strip, while Abbas’s authority – and for that matter field of vision – is confined to the West Bank.

Not only has Dahlan managed to retain the allegiance of many associates despite the price this entails, he has also cultivated powerful Arab friends. More recently, Dahlan has built a robust relationship with Egyptian strongman Abdel Fattah el-Sisi. Indeed, Abbas’s initial enthusiasm for the Egyptian coup of 2013 that removed Hamas’s Arab champion Mohamed Morsi from power in Cairo has since waned considerably.

An Arab Quartet consisting of Egypt, Saudi Arabia, Jordan and the United Arab Emirtaes, motivated in part by growing concerns about the increasingly erratic nature of Abbas’s leadership and the absence of succession planning by the 81-year-old PA president, have sought to persuade Abbas to become reconciled with Dahlan.

It is against this background that Fatah’s general conference was convened from November 29 – December 4, 2016. The multiple existential crises confronting the Palestinian people and their national movement by contrast had nothing to do with either the motivation or timing of this event.

Rather than risk Dahlan loyalists’ participation, Abbas simply excluded them from the list of delegates permitted to join the proceedings in Ramallah’s presidential compound.

During the six days of the conference, and contrary to expectations, Dahlan’s name was never mentioned and his issue ignored. And to counter the pressures of the Arab Quartet, pointed references were made to the “independence of Palestinian decision-making” and 28 foreign delegations – including representatives of the United Nations and European Union’s parliament – invited to address the conference.

The approach and display of superior legitimacy and mandate seems to have paid off, and complicated further Arab pressure on Abbas, to the point where observers suggest a rival Fatah conference Dahlan had scheduled for Cairo may be indefinitely postponed.

The general conference further bolstered Abbas by unanimously re-electing him to lead Fatah at the very outset of the conference – before he even delivered the report on his and the movement’s performance since 2009, which was in any case not discussed and debated.

The other big winner was Jibril Rajoub, Dahlan’s West Bank counterpart and fierce rival during the 1990s, and more recently head of the Palestinian Football Association, who garnered the second-highest (and some suggest the highest) number of votes to the Fatah Central Committee. This said, a deputy has yet to be appointed, with no succession mechanism in place.

READ MORE: Killing Arafat – Does Abbas have any evidence?

If the convention served Abbas well, the same cannot be said of Fatah. Of the 18 members elected to its new Central Committee, only four hail from the Gaza Strip (of whom three  live in the West Bank), just one is based in exile, 17 are men and a same proportion over the age of 50, and for the first time it is exclusively Muslim.

The 80-member Revolutionary Council is dominated by West Bankers to an even greater extent. While Abbas can ameliorate these imbalances somewhat with his quota of discretionary appointments, one activist concludes: “The damage is done. Today the former national liberation movement Fatah became the party of West Bank government. It might as well have displayed a sign reading ‘Gazans and Others Not Welcome’.”

Viewed politically rather than geographically, Fatah is today more monolithic than at any time in its history. This cannot augur well for what has been the spinal cord of the national movement for many decades.

Nor has the Palestinian struggle for self-determination emerged strengthened from this conference. One is tempted to state that its final communique consisted of slogans rather than a programme fleshed out with mechanism to implement decisions but – among any number of lapses – this document neglected to explicitly mention of the refugees’ right of return.

Rather than contribute to the revival of Fatah and the Palestinian national movement, the recently concluded general conference has only intensified the aimless drift that characterises the Palestinian condition today. 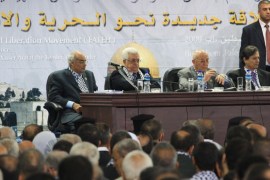 Analysts say the meeting is unlikely to deliver the new strategies needed to unite Palestinians and challenge Israel. 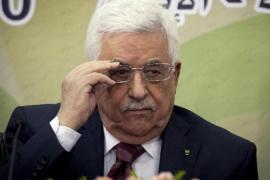 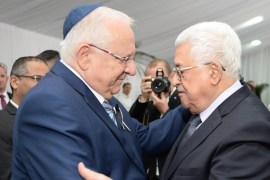