US President-elect Donald Trump says he will be dissolving his philanthropic foundation – the Donald J Trump Foundation – to avoid conflicts of interest once he takes over at the White House.

However, the move has been dismissed by the attorney general’s office which, in a statement released to US media on Saturday, said Trump could not yet close the foundation because it was still under investigation by New York attorney general Eric Schneiderman.

“The Trump Foundation is still under investigation by this office and cannot legally dissolve until that investigation is complete,” Schneiderman spokeswoman Amy Spitalnick said.

Trump’s portfolio of US and overseas business interests and holdings, as well as his his philanthropic foundation, have come under increased scrutiny since his election.

“The foundation has done enormous good work over the years in contributing millions of dollars to countless worthy groups, including supporting veterans, law enforcement officers and children,” Trump said in a statement.

“However, to avoid even the appearance of any conflict with my role as president I have decided to continue to pursue my strong interest in philanthropy in other ways.”

His private foundation has been at the centre of several controversies – including how much money he has actually given it – and is under investigation.

A Washington Post investigation in June said Trump had given just a fraction of the money he had promised to charity, and it was only after public pressure that he made good on a pledge to cough up $1m to a nonprofit group for veterans.

READ MORE: The Trump presidency is real – now what?

His move to close the foundation comes amid intense criticism of Trump’s ethics and transparency choices on the way into the White House.

Trump has pledged to disclose his tax returns but has yet to follow through. He says they are being audited.

On December 15, he was scheduled to hold a news conference to announce plans for his business during his four-year term in office, but it was postponed to an undetermined date in January.

So far the 70-year-old billionaire has said only that his two adult sons, Donald Jr and Eric, would take over and that the company would do no new deals while he serves as president. 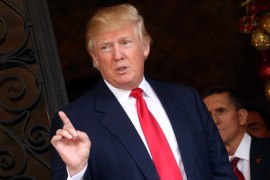 President-elect says US and Russia should restore collaboration after releasing “very nice letter” from Vladimir Putin. 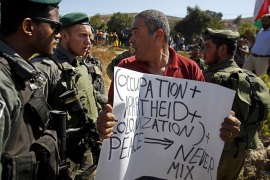