Four UN council members have given Egypt an ultimatum on whether it plans to go ahead with a vote demanding an end to Israeli settlements in the occupied Palestinian territories.

Diplomats from New Zealand, Venezuela, Malaysia and Senegal told Egypt late on Thursday that if it did not clarify on whether it planned to call a vote on a draft UN Security Council resolution demanding an end to settlements, they would press ahead without Cairo’s involvement.

Egypt had circulated the draft late on Wednesday and a vote was initially scheduled for Thursday.

“In the event that Egypt decides it cannot proceed to call for vote on December 23 or does not provide a response by the deadline, those delegations reserve the right to table the draft … and proceed to put it to vote ASAP,” the four council members said in a note to Egypt, seen by the Reuters news agency.

Hours before the UN Security Council was about to vote on the draft resolution,  US President-elect Donald Trump weighed in   and said the United States should veto the measure.

Egypt then requested a delay to the vote to allow time for consultations, but no new time or date has been scheduled.

James Zogby, the president of the Arab American Institute, told Al Jazeera that Egypt’s decision could impact years of work trying to make progress in the Middle East.

“Knowing that the Obama administration was not going to restart the peace process, we told them that the least they could do is resurface the issue surrounding the illegality of settlements, something which hasn’t been said since the Carter administration.”

“But the Egyptians pulled the rug out from under this proposal and there is now a black stain on Egypt.” Zogby said.

Trump, who campaigned on a promise to recognise Jerusalem as Israel’s capital, bluntly said Washington should use its veto to block the resolution.

“Peace between the Israelis and the Palestinians will only come through direct negotiations between the parties, and not through the imposition of terms by the United Nations,” the Republican said in a statement released hours ahead of the scheduled vote.

Al Jazeera’s Abderrahim Foukara, reporting from Washington DC, said there was a huge dissonance over the issue between the administration of President Barack Obama and President-elect Donald Trump.

“You have this tug of war between the Obama administration and the next administration over what the next steps should be. Donald Trump has made it quite clear that he does not want the United States to vote against the settlements but at the end of the day it is Obama who is still officially the President [of the] United States.”

Mustafa Barghouti, a member of the Palestinian Legislative Council, said Obama should push for the resolution to pass before leaving office.

“The Israeli government is violating international law, by doing so it is undermining the whole status of Israel,” he told Al Jazeera.

“If there is somebody to be blamed, it is the Israeli government … I do hope that President Obama will listen to us and at least allow this resolution to pass. He has failed us in the past. He promised he would ask Israel to stop settlement activities and he failed to do so for eight years,”  Barghouti said. 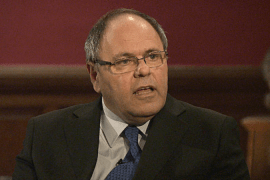 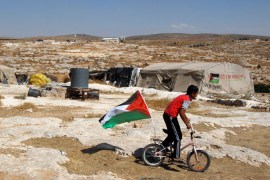 Instead of transferring to Palestinian control, the biggest ‘Area’ in the West Bank remains firmly in Israeli hands.