The United States will send another 200 troops to Syria to help an alliance of Kurdish and Arab fighters seize the ISIL bastion of Raqqa, US defence secretary Ashton Carter has said.

“I can tell you today that the United States will deploy approximately 200 additional US forces in Syria,” Carter told Gulf policymakers in the Bahraini capital, Manama, on Saturday.

They will complement 300 American special forces already in Syria to assist US-backed Kurdish-Arab troops who, in recent weeks, began their offensive on Raqqa, the Syrian stronghold of the Islamic State of Iraq and the Levant (ISIL, also known as ISIS).

That operation coincides with a US-backed Iraqi effort to retake Mosul.

The two cities are the last major urban centres under ISIL control after the group suffered a string of territorial losses in Iraq and Syria over the past year.

Carter told the Manama Dialogue security forum that the troop reinforcements will include bomb disposal experts and trainers, as well as special forces.

Car bombs and elaborate networks of booby traps and mines have been ISIL’s favoured weapons, as they have battled to defend what remains of the “caliphate” they declared across Iraq and Syria in 2012.

Meanwhile, US secretary of state John Kerry and leading diplomats are trying to find solutions for Syria’s desperate opposition, as Syrian government forces squeeze rebel fighters out of Aleppo after a devastating blitz.

With tens of thousands of civilians fleeing, Kerry said he is working to ensure their safety and to prevent Aleppo “from being absolutely, completely destroyed”.

US and Russian military experts and diplomats are also meeting in Geneva to work out details of the rebels’ exit from eastern Aleppo. 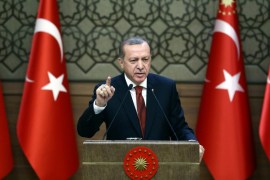