Kabul, Afghanistan – A bomb hidden under a military truck went off in the Afghan capital on Monday, wounding two people in a sign of the deteriorating security situation in the war-torn country.

A police officer securing the area told Al Jazeera a magnetic “sticky bomb” exploded under the vehicle in Kabul near the Ministry of Higher Education at about 4:30pm local time – just as government offices closed.

The driver of the truck and a passenger were wounded.

“I was leaving the Ministry of Higher Education when I heard the explosion and saw two people on the ground. One of them was missing a leg,” said a witness at the scene, adding he helped to get the victims into an ambulance. The man ran away before giving Al Jazeera his name.

READ MORE: UN to probe US air raid that killed women and children

Sticky bombs planted on vehicles by insurgents are usually on a timer or remotely detonated.

There was no immediate claim of responsibility. Security throughout Afghanistan continues to slide amid attacks by the Taliban and other armed groups.

Afghan forces have suffered thousands of casualties, with more than 5,500 killed in the first eight months of 2016.

A UN report on Afghanistan published in July also showed a record number of civilian casualties in the long-running conflict with 5,166 civilians killed or maimed in just the first six months of the year. Nearly one third of those were children. 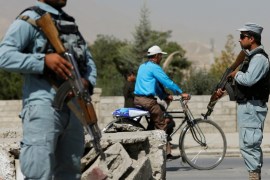 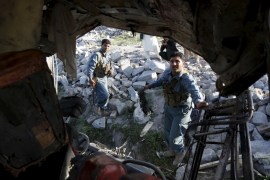 At least 12 people are dead and 38 others injured in a suicide attack on a defence ministry shuttle bus.