London – The book Palestine on a Plate: Memories from my Mother’s Kitchen by chef Joudie Kalla was initially launched in 2014 as a cooking app to showcase a small selection of Palestinian recipes.

As the app gained popularity, Kalla’s Instagram page caught the eye of the Jacqui Small publishing house, and the idea for the book was born. The newly published book takes a historical look at the recipes of Kalla’s family through the generations.

Born to Palestinian parents in Syria, Kalla grew up in London and studied architecture, design and French culture, after which she opted to follow her dream to become a chef. After attending the prestigious Leiths School of Food and Wine, she went on to work in several top restaurants, including Daphne’s, Papillon and Pengelley’s, a Gordon Ramsay restaurant.

In 2010, Kalla opened her own deli in London, called Baity Kitchen, and began recording details of the dishes that she made, all passed down from her mother.

Kalla spoke to Al Jazeera about her newly released book and the importance of maintaining the identity of Palestinian cuisine.

Al Jazeera: Why did you decide to write this book, and what does it mean to you?

Joudie Kalla: I put a lot of thought and effort into keeping its focus on Palestine, but not something political – to show the positive side of it, to keep my family history alive and to bring me closer to my home.

This book came about because I noticed that many of our cultural foods were being labelled incorrectly and being used as national dishes of other countries, and I think there has to be a line drawn.

Of course we can’t take away the fact that Palestinians live in the same country as Israelis and influences are passed on, but there has to be a moment when someone says, “Actually, this is food from a time before 1948, and it has meaning to millions of people.”

We are grabbing hold of the past to really identify with a place called home, where our ancestors are from and where our family still lives, and where amazing, healthy, wonderful dishes have been created.

It means a lot to me to write this book, as I am Palestinian, and if I can help give a voice to a beautiful country and its food and people, then that is what I would like to do. The fact that it has Palestine on the front cover is so important for me and many people, because we are embracing where we come from and what our land has to offer. It is an ode to our history.

Al Jazeera: In your view, what distinguishes Palestinian cuisine from other Middle Eastern food?

Al Jazeera: How has your book been received?

Kalla: The reactions to the book have been extremely positive – more than I imagined.

In the Middle East, even though people know how to cook most of the dishes, they are buying the book out of support, to help raise awareness and make this book really visible; to not allow our history to fade into the darkness. It has also been well received around the globe; I have received emails from people in Hong Kong, South Africa, Australia and Europe, who love this wonderful style of amazingly varied food.

For me, this is so very special. I cannot be more happy with the way things are going. I hope it continues to gain as much traction as possible. Also, we are donating 50 percent from all US sales to the Palestinian House of Friendship children’s charity, so there is also a good cause behind it.

Al Jazeera: What is your favourite dish and why?

Kalla: My favourite dish today is musakhan, although this changes daily. I just love the simplicity of it and the flavour. It just blows my mind every time I eat it.

The onions, draped in sumac and olive oil, with the delicious chicken and taboon bread are just exquisite. It is a simple, poor man’s food taken to another level. It really represents Palestine for me and home.

Al Jazeera: Different regions in Palestine have different ways of cooking certain dishes. How did you choose which method to follow?

Kalla: I chose the methods my family used. I didn’t want to be inauthentic and try to figure out things that I had no idea about, so I kept it as real as possible.

My family were from all over the place – from Nazareth, Ramallah, Yaffa, Safed, al-Lydd – and I am sure they learned many different styles of cooking things, and it shows in the recipes.

Every home has a version of their own; even if you live on the same street in Palestine, I guarantee you that no one will cook the same. I am not claiming that this book is the only way, but it is the way of my family in Palestine.

Al Jazeera: What is the historical significance of including these dishes in your book?

Kalla: The significance is to keep them alive and give them an identity. I think it’s fair to say that if Japan claimed pizza as their national dish, it would seem slightly out there, and I think many people will agree that while our land can be appropriated, our history cannot be forgotten.

Through our food and people like me, and others who are really trying to make a voice for us, traditions live on, and we are the generation that is doing that. We are grabbing hold of the past to really identify with a place called home, where our ancestors are from and where our family still lives, and where amazing, healthy, wonderful dishes have been created. There are so many stories behind each dish, and it would take another book to really delve into that.

I hope to write some more books and keep the narrative going in a positive light, to foster positive views about my home country through this universal medium of food. 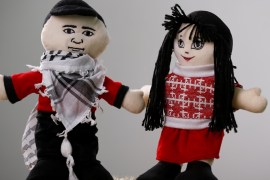 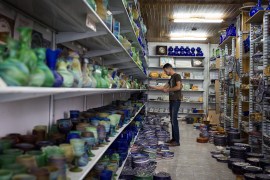