Bulgaria will move 1,000 refugees who recently protested against restrictions on their movement to a former army barracks before expelling them, Prime Minister Boiko Borisov has said.

More than 400 refugees had been arrested by Friday after clashes erupted on Thursday at the Harmanli reception centre near the Turkish border.

The Harmanli centre, which houses just over 3,000 refugees, imposed a ban on the refugees’ movement earlier this week after local media alleged that it was home to communicable skin diseases.

Police fired water cannons and rubber bullets to quell the protest, in which 29 officers and 20 refugees were injured.

The offenders – who authorities identified as mainly young Afghan men – will be moved to closed facilities that are being set up at an empty barracks near the Turkish border before being extradited next month to their native Afghanistan.

“The people who committed these acts of vandalism will be brought to justice,” Prime Minister Boiko Borisov, who canceled a visit to Hungary because of the protest, said late on Friday.

“They will be then expelled from Bulgaria as soon as possible,” Borisov said, adding that the first plane taking Afghan refugees out of the country was expected to leave in December. Syrian families, however, will remain at the Harmanli reception centre.

Borisov urged residents of the town of Harmanli to stay calm and to avoid provoking the refugees as nationalist parties took advantage of the situation on social media to stoke discrimination.

Bulgaria has built a fence on its border with Turkey and has bolstered its border controls to prevent inflows of refugees.

Some 17,000 refugees were detained in the first 10 months of the year, over a third fewer than a year ago.

Despite the decreasing numbers, Bulgarian nationalists have staged several protests in recent months calling for the immediate closure of all refugee centres in the country.

At present, some 13,000 refugees, mostly from Afghanistan, are currently trapped in the European Union’s poorest country. 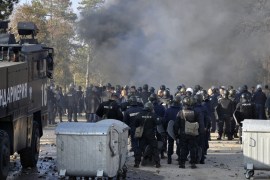 Refugees clash with police near the Turkish border after authorities restrict their movement over health fears. 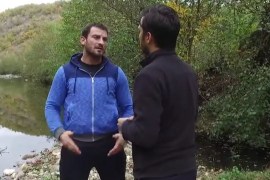 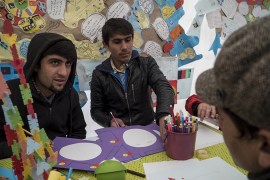