Israel has approved a controversial draft bill aimed at authorising Jewish settlements that were built on private Palestinian land in the occupied West Bank without Israeli government permission.

The bill must now pass through three readings in parliament and also be ratified by the Supreme Court before it can become law.

Sunday’s vote was rushed through the ministerial committee for legislation in an attempt to prevent the evacuation of the outpost of Amona in the Israeli-occupied West Bank by the end of the year.

The Supreme Court had ordered the evacuation of settlers from Amona and the demolition of their homes by December 25.

Amona, near the occupied West Bank city of Ramallah, is home to about 40 Jewish families and was built on land privately owned by Palestinians who had petitioned the court for the outpost to be removed.

The international community considers all Israeli settlements in Israeli-occupied East Jerusalem and the occupied West Bank to be illegal, whether they are authorised by the government or not.

The Israeli government already has at its disposal several tools with which to evict Palestinian residents from their homes, in order to use that land to develop Jewish-only neighbourhoods and settlements.

These include Israeli court orders, as well as military force. But so far, the Israeli courts have maintained that outposts built by settlers without governmental approval are illegal.

The building of these outposts usually entails armed Jewish settlers occupying Palestinian homes and farms in the occupied West Bank. Several rights groups have accused the Israeli military of ignoring, or in many cases aiding the armed settlers.

The bill, approved unanimously on Sunday, stipulates that the government could order the confiscation of privately owned Palestinian land in exchange for compensation.

It was at the centre of a row between Prime Minister Benjamin Netanyahu, who had sought to delay the vote, and hardliners in his ruling right-wing Likud party.

Education Minister Naftali Bennett, who heads the religious nationalist Jewish Home party, succeeded in rallying support for the vote leading to Sunday’s endorsement of the bill.

Netanyahu had insisted on delaying any political move and told his cabinet to allow the new administration of US president-elect Donald Trump to take over in Washington before setting future policy.

Netanyahu last week expressed confidence that he and Trump could work together to bring US-Israeli relations to “new heights”.

“It is a shame: the government is backing a law that will allow the confiscation of privately owned Palestinian land in order to build settlements,” said Hagit Ofran, one of the watchdog’s leaders.

According to Ofran, about 2,000 homes have been built on land owned by Palestinians in the occupied West Bank, and therefore the draft bill could retroactively legalise these dwellings.

Israel’s Attorney General Avichai Mandelblit warned the ministers that he would be unable to defend the bill before the Supreme Court.

A statement by Mandelblit said the bill “undermines private property and is contrary to Israeli law and international law”, public radio reported.

Mandelblit also warned that if the bill were to become law, it could spur many people to lodge official complaints with the International Criminal Court.

Nabil Abu Rdainah, a spokesman for Palestinian President Mahmoud Abbas, said that enacting such a law would force the Palestinians to appeal to international bodies. 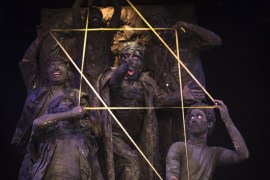 Israeli arts companies had to fill out forms agreeing to perform in settlements, otherwise they would face a budget cut. 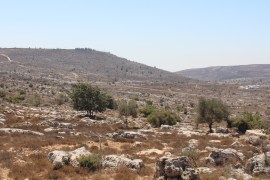