US presidential hopeful Donald Trump has been sharply criticised over lewd and sexually charged comments he made about women back in 2005.

The former reality TV star bragged about kissing, groping and trying to have sex with women on a video recording released by The Washington Post and NBC News on Friday.

The celebrity businessman boasted “when you’re a star, they let you do it” in a conversation with Billy Bush, then a host of the television show Access Hollywood, as he waited to make a cameo appearance on a soap opera 11 years ago.

The remarks were captured by a live microphone that Trump did not appear to know was recording their conversation.

OPINION: Clinton, Trump and the ends of great power hypocrisy

The video’s release comes just two days before Trump will face his rival, Hillary Clinton, in their second presidential debate, and as he confronts a series of stories about his past comments about women.

The 2005 remarks were recorded months after the reality TV star married his third wife, Melania. He is heard bemoaning that he tried and failed to seduce an unidentified woman, saying, “I moved on her and I failed, I’ll admit”.

“I did try and f*** her. She was married,” Trump had said. “And I moved on her very heavily. In fact, I took her out furniture shopping. She wanted to get some furniture. I said, ‘I’ll show you where they have some nice furniture.'”

Trump said he “moved on her like b****” and then made a crass remark about the woman’s breast implants. Later, after seeing the actress Arianne Zucker on the set of the soap opera on which he was to appear, he said he needed some breath mints “just in case I start kissing her”.

After the release of the video, Trump apologised via his Twitter page.

“I’ve never said I’m a perfect person, nor pretended to be someone that I’m not. I’ve said and done things I regret … Anyone who knows me knows these words don’t reflect who I am. I said it, I was wrong and I apologise,” he said in a filmed statement.

Yet he also defiantly dismissed the revelations as “nothing more than a distraction” from a decade ago.

“I’ve said some foolish things,” Trump said. “But there’s a big difference between the words and actions of other people. Bill Clinton has actually abused women and Hillary has bullied, attacked, shamed and intimidated his victims.”

“Most Americans already think he’s not qualified [to be US president] but this just confirms that,” Schneider said. “If he stays in the race, that’s his decision, but he’s almost certain to lose.”

Schneider added, however, that despite the blunder, Trump’s “core supporters will probably stay with him”.

The comments that appeared to condone sexual assault were swiftly condemned by Clinton’s campaign and a number of Republicans.

“This is horrific. We cannot allow this man to become president,” Clinton posted on her campaign’s Twitter account. House Speaker Paul Ryan said he was “sickened by what I heard today”.

#TrumpTape is deplorable. How can anyone make excuses for that?!?

Mike Coffman, the Republican congressman in Colorado, called for Trump to “step aside”, saying his party’s presidential nominee should leave the race “for the good of the country, and to give the Republicans a chance of defeating Hillary Clinton”.

Utah Senator Mike Lee, a Republican, also called on Trump to drop out of the presidential race.

Responding to Trump’s aassertion that the 2005 remarks are a “distraction from the important issues we’re facing today”, Lee said: “You, sir, are the distraction. Your conduct, sir, is the distraction.”

Trump has a long history of making lewd and highly sexual comments towards and about women.

The Associated Press reported this week that during his years as a reality TV star on the The Apprentice the GOP nominee repeatedly demeaned women with sexist language, rating female contestants by the size of their breasts and talking about which ones he would like to have sex with.

Donald Trump Translation: "I said it but it wasn't me. And Bill Clinton is a rapist too. See you at the debate on Sunday." #TrumpTapes

During frequent interviews with radio show host Howard Stern in the 1990s, Trump made a long list of demeaning comments, saying that he could have had sex with Diana, princess of Wales, who had recently been killed in a car crash, and declaring that “a person who is very flat-chested is very hard to be a 10”.

He has repeatedly called the comedian Rosie O’Donnell a “pig” and “slob” and suggested she would be less depressed if she stopped looking in the mirror.

The Republican nominee delivered an uneven performance in the first presidential debate – punctuated by his frequent interruptions of his female opponent – and then spent days after the debate renewing his past attacks on Alicia Machado, the 1995 winner of the Miss Universe pageant that Trump used to own, over her weight. 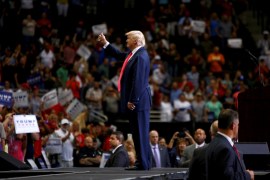 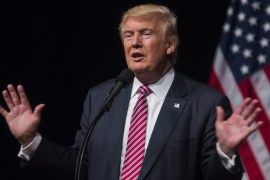