The Security Council’s recommendation now goes to the UN’s 193-member General Assembly, which is expected to vote on Ban’s successor next week. Ban’s second five-year term ends on December 31.

Speaking during a visit to Rome, Ban described Guterres as a “super choice” as his successor.

“I am sure he will carry the torch on the full range of key challenges, from strengthening peace operations to achieving sustainable development, upholding human rights and easing humanitarian suffering,” Ban told reporters.

Reporting from the UN headquarters in New York City, Al Jazeera’s James Bays said the selection of Guterres was a far cry from what some expected at the beginning, but his experience made him an obvious choice.

“In the early days of the process, an eastern European or a woman, we were told, was what many in the United Nations wanted. What we’ve ended up with is a man from Western Europe,” he said.

“But I think the reason they went for Antonio Guterres is because of his experience. Yes, he’s been a head of state … a peer with many world leaders, but also spent a decade heading the UN refugee agency.”

Guterres was prime minister of Portugal from 1995 to 2002 and served as United Nations High Commissioner for Refugees from 2005 to 2015. He was due to speak to reporters in Lisbon later on Thursday.

“He has great United Nations credentials … and being High Commissioner for Refugees means travelling the world and seeing some of the most gruesome conflicts we have to deal with. And then, of course, he is a high-level politician,” said Churkin.

“He is a person who talks to everybody, listens to everybody, speaks his mind, a very outgoing, open person, so I think it was a great choice and I’m glad that we rallied around Mr Guterres.” 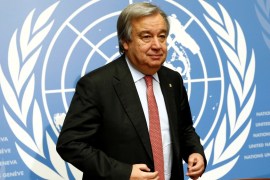 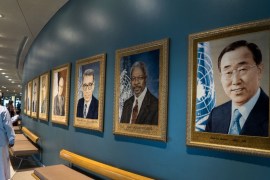 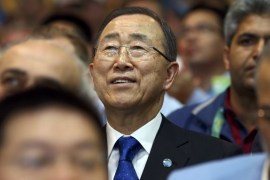