The Democratic Party of Socialists (DPS) has secured the most votes in Montenegro’s parliamentary election, but with pollsters saying it could not secure a majority, the incumbent prime minister is seeking a coalition to extend his rule.

Milo Djukanovic, 54, said the election on Sunday was a historic choice between closer ties with NATO or with Russia, but voters in the former Yugoslav republic of 620,000 people were divided.

The preliminary vote count by the pollsters CEMI suggested the DPS would win 36 seats in the 81-seat parliament, five short of an absolute majority.

Official results by the state election authority were expected in the coming days.

In a midnight address to his supporters, Djukanovic said he would seek a coalition with parties of national minorities, Bosniaks, Croats and Albanians and the Social Democracy party to secure between 41 to 42 seats.

“Immediately after the announcement of the official vote count, we will start negotiations … we will form the government,” Djukanovic told his supporters in the capital, Podgorica.

The outcome leaves Montenegro deeply divided, with its long-serving leader scrambling to build a majority in a fractious parliament.

Montenegrins turned out in record numbers to vote amid allegations of media and party websites being hacked, polling station violence and the arrest of a group of Serbians accused of plotting armed attacks on state institutions and officials.

The authorities said 20 people, all citizens of neighbouring Serbia, were arrested on Sunday, accused of entering Montenegro intending to attack state institutions and officials.

With more than 95 percent of votes counted, pollsters CEMI forecast that the Democratic Forum, an opposition alliance of pro-Western parties and others that want stronger ties with traditional allies in Serbia and Russia, would have 18 seats.

Together with all other opposition parties and alliances, it could garner as many as 42 seats. Party leaders from both the DPS and the opposition claimed victory, although DPS is better placed to form a government.

Djukanovic has previously said Russia sees the vote as an opportunity to derail the Balkan region’s rush towards joining the North Atlantic Treaty Organization and the EU.

Opposition parties have denied his allegations that they receive Russian funding and have accused Djukanovic of running Montenegro as a corrupt personal fiefdom.

“Montenegro is continuing towards its European future. We will ratify NATO membership and complete EU accession talks by the end of the [fresh] mandate. We will bring new investments, improve living standards,” Djukanovic told supporters late on Sunday.

Djukanovic’s backers say membership will bring peace and prosperity, but the issue is divisive. NATO bombed Montenegro in 1999 to stop ethnic killings in Kosovo by Serbia, with which Montenegro was in a state union.

Analysts have long viewed with concern signs of growing Russian influence in Montenegro, with which it shares Orthodox Christian and economic ties. Some say last year’s invitation to join NATO was designed to counter that.

But the economy needs close ties to both East and West. It has grown at 3.2 percent a year over the past decade on the back of foreign investments in energy, mining and tourism in a country famed for its mountains and coast. 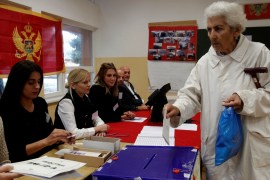 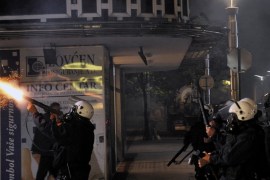