The US military has launched cruise missile strikes to knock out three coastal radar sites in areas of Yemen controlled by Houthi rebel forces, in retaliation for missile attacks at its Navy ship.

The Pentagon said the strikes were aimed at radars that enabled the launch of at least three missiles against the US Navy destroyer USS Mason since Sunday.

US officials, speaking on condition of anonymity, said US Navy destroyer USS Nitze launched the Tomahawk cruise missiles around 4am local time (01:00 GMT), according to Reuters news agency.

“These radars were active during previous attacks and attempted attacks on ships in the Red Sea,” including the USS Mason, one of the officials said, adding the sites were in remote areas where the risk of civilian casualties was low.

The US official identified the areas in Yemen where the radars were targeted as near Ras Isa, north of Mukha and near Khoka.

Just hours after news broke of the strikes, Iran announced that it had deployed two warships to the Bab el-Mandeb strait and the Gulf of Aden.

The semi-official Tasnim news agency said on Thursday that the destroyers had been dispatched on October 5 and were part of a regular anti-piracy patrol off Yemen and East Africa.

The missile attacks on the USS Mason – the latest of which took place earlier on Wednesday – appeared to be the Houthis’ response to a suspected Arab coalition strike on mourners gathered in Yemen’s Houthi-held capital Sanaa.

But Houthi rebel fighters and allies on Thursday denied the accusations that they had targeted the USS Mason, according to AFP news agency.

“Those claims are baseless,” the Saba news agency quoted a military official allied with the rebels as saying. “The [rebel-allied] army and the Popular Committees [armed group] have nothing to do with this action.”

The missile incidents, along with an October 1 strike on a vessel from the United Arab Emirates, add to questions about the safety of passage for military ships around the Bab al-Mandeb Strait, one of the world’s busiest shipping routes.

The Pentagon warned against any future attacks.

“The United States will respond to any further threat to our ships and commercial traffic, as appropriate,” Cook said.

The conflict between Yemen’s government and Houthi rebels escalated last year with the intervention of an Arab coalition in support of President Abd-Rabbu Mansour Hadi.

The UN says more than 6,700 people have been killed and more than three million displaced by fighting in Yemen since March 2015, when the coalition launched its campaign. 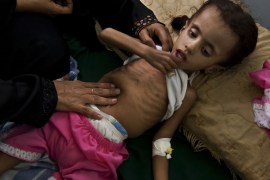 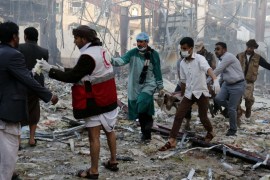 Alliance says it is ready to investigate with the US attack that killed at least 140 and injured more than 500. 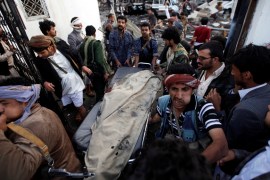