President Francois Hollande told the authors of a book just published that France has “a problem with Islam” and there are too many immigrants arriving in the country who “shouldn’t be here”.

Hollande made the controversial remarks to the authors of A President Shouldn’t Say That… in December 2015, a month after gunmen attacked Paris, killing 130 people. Islamic State of Iraq and the Levant (ISIL, also known as ISIS) claimed responsibility for the deadly assault.

“It’s true that there’s a problem with Islam. No one doubts it,” Hollande is quoted as saying in the book published this week.

“It’s not that Islam poses a problem in the sense that it is a dangerous religion, but in as far as it wants to affirm itself as a religion of the Republic.”

READ MORE: Why Western attempts to moderate Islam are dangerous

Hollande also told the Le Monde journalists Gerard David and Fabrice Lhomme: “I think there are too many arrivals of immigration that shouldn’t be there.”

Immigration and national identity are key themes in campaigning for next year’s presidential election.

A string of attacks in France in the past two years, coupled with the Europe-wide migrant crisis, have stoked anti-immigration sentiment.

A heated debate about Muslim integration in staunchly secular France came to a head over the summer when about 30 towns banned the body-concealing “burkini” swimsuit. France’s highest administrative court later ruled that such a ban was a “serious” violation of basic freedoms.

The deeply unpopular Hollande has not yet declared whether he intends to stand for re-election.

But his arch-rival Nicolas Sarkozy, bidding for the centre-right nomination, is campaigning heavily on populist anti-immigration themes.

“Politicians from across the spectrum have almost a free rein to criticise/demonise Islam and Muslims and use it as a scare tactic whenever a particular leader or political party is in a critical situation facing the public opinion – knowing that the French Muslim citizens have no real organised lobby with the capacity to exercise any influence on the parties or politicians,” French sociologist and media critic Ali Saad told Al Jazeera.

“This reality is even clearer in the case of the present government, since all the Socialist Party’s tenors – such as [Prime Minister] Valls, [former finance minister] Macron, [and women’s rights Minister Laurence] Rossignol – are on the same wavelength as the president,” he added.

The French government’s policies – particularly in the wake of the 2015 Paris attacks and the subsequent declaration of a state of emergency – have come under harsh criticism from rights groups for the targeting of Muslims through detainment and harassment.

“In the long term, such a stigma endured by Muslim citizens would force them into seclusion, which could entail grave consequences for France’s social cohesion because isolation helps religious extremism to take roots and develop,” said Saad.

“There’s a problem with Islam today because Islam is politicised by some. There is a problem – and at the same time we need to be able to overcome this problem.” 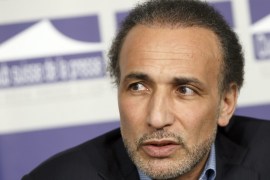 From the archive: Why France demonises Tariq Ramadan

Tariq Ramadan challenges the racist stereotypes of Arabs and Muslims promoted by the French ruling oligarchy. 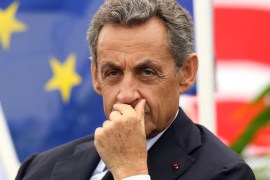 What’s next for France after the burkini madness?

The controversial start of the presidential election campaign means the upcoming months are bound to be nasty.