Saudi Arabia does not foresee war with its arch foe Iran despite heightened tensions between the regional heavyweights, its deputy crown prince was quoted as saying.

Saudi Arabia severed relations with Iran after an attack on its embassy in Tehran on Sunday following the kingdom’s execution of Shia religious leader Nimr al-Nimr, who was put to death along with 46 mostly Sunni Muslims convicted on terrorism charges.

Asked about the possibility of war, Prince Mohammed bin Salman told the Economist magazine: “It is something that we do not foresee at all, and whoever is pushing towards that is somebody who is not in their right mind.

“Because a war between Saudi Arabia and Iran is the beginning of a major catastrophe in the region … For sure we will not allow any such thing.”

The deputy crown prince, widely thought to wield considerable power in the monarchy, also defended the kingdom’s execution of Nimr in the interview with the London-based magazine.

“The court did not at all make any distinction between whether or not a person is Shia or Sunni. They are reviewing a crime, and a procedure, and a trial, and a sentence, and carrying out the sentence,” Prince Mohammed said.

Tensions between the two regional powerhouses – which support opposite sides in the wars in Yemen and Syria – have risen in recent days. Regional Sunni nations have backed Saudi Arabia in the current diplomatic crisis.

Relations between Iran and Saudi Arabia deteriorated even further on Thursday as Tehran severed all commercial ties with Riyadh.

Iran also accused Saudi Arabia of bombing its embassy in the Yemeni capital, Sanaa, but reports said there was no visible sign of damage.

“This deliberate action by Saudi Arabia is a violation of all international conventions that protect diplomatic missions,” Hossein Jaber Ansari, a foreign ministry spokesman, was quoted as saying by state television.

Residents and witnesses in Sanaa said that there was no damage to the embassy building in Hadda district. They said an air strike had hit a public square about 700 metres away from the embassy and some stones and shrapnel had landed in its yard.

Iran will deliver its official report on the alleged strike to the UN later on Thursday, Hossein Amir-Abdollahian, Iran’s deputy foreign minister, was quoted by ISNA news agency as saying.

Asseri said the coalition had requested all countries to supply coordinates of their diplomatic missions in Yemen and such accusations “have no credibility”. 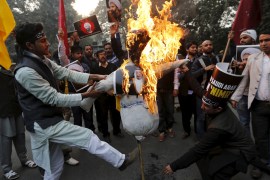 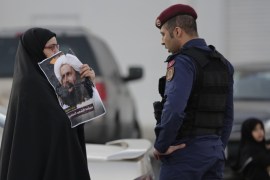 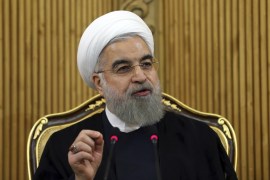