The US military announced on Wednesday that two detainees held for years without charge at the Guantanamo Bay prison will be transferred to Ghana, leaving 105 detainees at the notorious camp.

“The United States is grateful to the government of Ghana for its humanitarian gesture and willingness to support ongoing US efforts to close the Guantanamo Bay detention facility,” it said.

Ghana’s foreign ministry said in a statement the two men “have been cleared of any involvement in any terrorist activities” but are unable to return to Yemen. It added they will be able to leave Ghana after two years.

Both Atef and Dhuby had been cleared for release in 2010.

US President Barack Obama has pledged to shut the controversial prison located in Cuba since his election in 2008.

Despite signing an executive order in 2009 to shut it down, Obama has not been able to do so because of political oppostion.

A number of prisoners have been freed and resettled in places other than their home countries with detainees sent to Uruguay, Estonia, Kazakhstan, and Oman.

Of the 779 detainees brought to the prison in 2002, most have been freed or transferred without facing any charge. 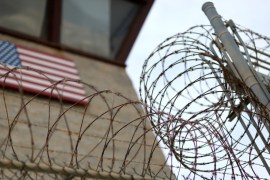 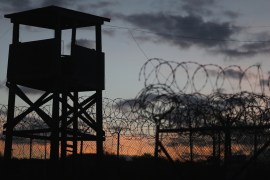 How a group of men from China’s Uighur community were sold in Afghanistan and imprisoned in Guantanamo as terrorists. 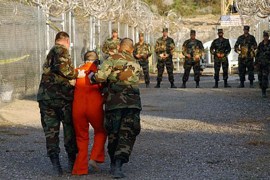 A quick rundown of Obama’s possibilities to fulfil his promise to close Guantanamo Bay prison in Cuba.