Nepal’s Constituent Assembly has rejected calls to revert back to a Hindu state, deciding instead to keep its secular system brought in after the abolishment of the monarchy in 2008.

The decision made during voting on a draft of the country’s long-delayed new constitution on Monday sparked violent protests.

More than two-thirds of the assembly, which began voting on the constitution draft on Sunday, voted against making Nepal a Hindu state again.The proposal needed the support of two-thirds of the members to be adopted.

The proposal was pushed by the Rastirya Prajatantra Party Nepal, or National Democratic Party Nepal, which also wants the country to be a monarchy.

Many people in Nepal, which has a Hindu majority, believe the kings were a reincarnation of the Hindu god Vishnu

Following Monday’s vote, hundreds of Hindu protesters clashed outside the assembly hall with police, who fired water cannons and beat them with bamboo batons, the Associated Press news agency reported.

The protesters attacked passing vehicles, including a UN vehicle that appeared to be carrying an official to the airport. The UN official and the driver were not hurt.

No one appeared to be seriously injured in the tussles between the police and the protesters.

The constitution has been delayed by years of disagreements between Nepal’s main political parties, and the voting on the draft, done clause by clause and expected to take at least a couple of days, is seen as major progress.

The three main parties finally reached agreement this year, enabling the process to move on after years of stalemate.

Nepal has had an interim constitution since pro-democracy protests forced then-King Gyanendra to give up authoritarian rule and turn the country into a republic.

A Constituent Assembly elected in 2008 failed to draft a new charter, and another assembly was elected in 2013.

The new constitution proposes to split Nepal into seven federal provinces. Some ethnic groups disagree with the makeup, borders and size of the provinces.

There have been weeks of protests against the draft in southern Nepal, some of which have turned violent, with at least 40 people killed in clashes between protesters and security forces. Authorities have imposed curfews in several southern towns.

Security has been heightened around Kathmandu, with hundreds of riot police officers guarding the assembly hall on Monday. 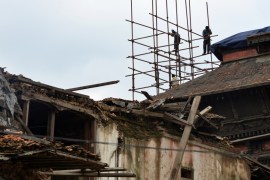 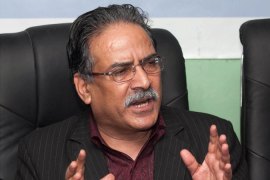 Observers debate implications for Himalayan nation in wake of election victory while others dream of Hindu revival. 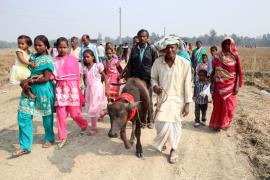 Festival where thousands of animals are slaughtered every five years is considered to be one of largest in the world.