Pakistan has said it can not accept what it described as India’s “preconditions” for high-level talks, effectively cancelling a planned meeting between the two countries’ national security advisers (NSA).

New Delhi had given Islamabad until midnight on Saturday to agree to base the talks on terrorism alone after a row over Pakistan’s plan to meet with Kashmiri separatist leaders and desire to broaden the scope of the talks.

India’s Foreign Minister Sushma Swaraj told reporters on Saturday that Pakistan had until “tonight” to agree to an agenda that was restricted to discussions of “terror, and terror only,”  arguing that this had been agreed by the leaders of the two nations in July.

In response to Swaraj’s comments, Pakistan’s foreign ministry said: “The scheduled NSA-level talks cannot be held on the basis of the preconditions set by India.

“We have come to the conclusion that the proposed NSA-level talks between the two countries would not serve any purpose, if conducted on the basis of the two conditions laid down by the minister,” it said in a statement.

Swaraj said India was not setting “preconditions for talks but only insisting on what was agreed to as the agenda by both countries’ leaders for the NSAs’ “meet,” referring to talks between Indian Prime Minister Narendra Modi and Pakistan’s Nawaz Sharif in the Russian city of Ufa last month.

Swaraj’s remarks came just hours after Pakistan’s National Security Adviser Sartaj Aziz insisted he was ready to meet his Indian counterpart Ajit Doval, despite India’s foreign ministry saying it would be inappropriate for the Pakistani diplomat to also meet with the Hurriyat separatist movement while in the Indian capital.

Last year, India cancelled talks between the two countries’ foreign secretaries, outraged over a similar meeting with separatists that took place, a move that set back already tense relations between the nuclear-armed neighbours.

Pakistan and India have fought two of their three wars over the Himalayan region since both gained independence in 1947, and it remains a major source of tension.

However, the hour-long talks between Modi and Sharif in Ufa last month had been seen as a new thaw in ties between the countries.

The leaders agreed then that their top security officials would meet to “discuss all issues connected to terrorism,” in a resumption of talks between their officials. 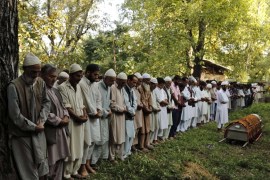 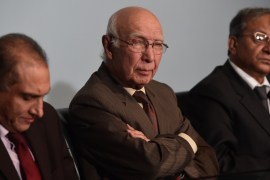 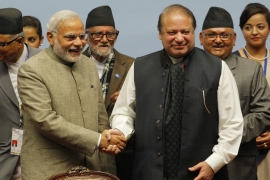 Pakistan and India agree to cooperate over terrorism