A large explosion has hit the entrance to Kabul airport, killing at least five people and wounding many more, according to Afghan officials.

Sources told Al Jazeera that a car bomb was used in the attack, which took place at the civilian entrance of the main airport in the capital on Monday.

Five civilians were killed and 17 people wounded, including a woman and a child, said Wahidullah Mayar, a spokesman for the public health ministry.

The Afghan Taliban claimed responsibility for the airport blast.

The tangled, flaming wreckage of one of the cars lay on its side, as dozens of firefighters and police gathered.

Kabul was already on high alert before the blast after last week’s attacks which killed at least 50 civilians and security forces personnel in the worst violence seen in the city in years.

The wave of violence comes days after a change of leadership in the Afghan Taliban, who announced the death of their founder, Mullah Mohammad Omar, late last month and named Mullah Mohammad Akhtar Mansour as their new leader.

However his swift appointment by a small council of leaders in the Pakistani city of Quetta has angered others in the group, causing rifts within the movement and adding to speculation that the latest wave of violence is linked to the leadership dispute. 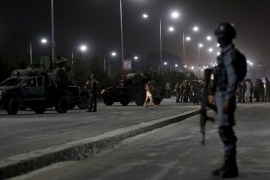 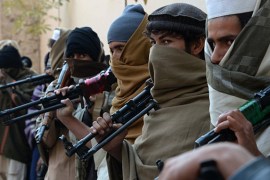 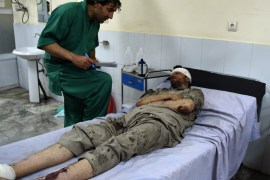 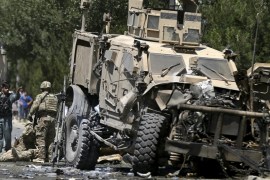