Presidential office spokesperson said on Wednesday that the reclusive leader of the Taliban movement that has waged armed struggle against the government died in April 2013.

However, no proof has been provided by the government to corroborate their claim.

“The government of Afghanistan believes that grounds for the Afghan peace talks are more paved now than before, and thus calls on all armed opposition groups to seize the opportunity and join the peace process,” the government said in a press release

The Taliban have denied the government claim about their leader’s death. Omar has not been seen publicly since the 2001 US-led invasion of Afghanistan that toppled the Taliban government in Kabul.

Though the US government has not confirmed Omar’s death. White House Deputy Press Secretary Eric Shultz told Al Jazeera “we believe the reports of his death are credible”.

Rumours of Omar’s ill-health and even death have regularly surfaced in the past, but the latest claims – just two days before fresh peace talks with the armed group – mark the first such confirmation from the Afghan government.

Omar was born around 1960 in rural southern Afghanistan. He reportedly rose to power as a commander who fought the Russian occupation around the city of Kandahar.

According to a  biography published by the Afghan Taliban , Omar was described as being actively involved in “jihadi activities”.

The Taliban have reportedly seen defections to the Islamic State of Iraq and the Levant (ISIL) in recent months, with some fighters expressing their disaffection with Omar.

In the past 13 years, Omar has stayed completely out of the public eye amid growing power struggles within the Taliban and fears of ISIL’s influence in their ranks as an ideological rival. 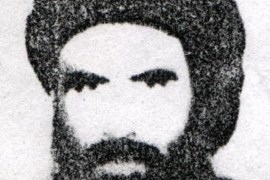 Leader of movement in hiding since 2001 says he hopes talks will put an end to ‘occupation’ by foreign forces.