A gunman has killed four United States Marines after opening fire at two military facilities in Chattanooga, in the US state of Tennessee, officials said.

The suspect was identified by the FBI as 24-year-old Mohammod Youssuf Abdulazeez, a naturalised American born in Kuwait who was also killed in the incident on Thursday. Two others, a soldier and a police officer, were wounded, an official said.

The FBI said there was “no indication” that anyone else was involved in the shooting as law enforcement authorities investigated the motive for the attack.

RELATED: Guns, violence and mental health – by the numbers

The Department of Homeland Security was stepping up security at certain federal facilities “out of an abundance of caution” and supporting the FBI investigation, DHS Secretary Jeh Johnson said in a statement.

Chattanooga is a city of about 173,000 people along the Tennessee River in the southeast of the state.

The US Navy confirmed in a tweet early on Thursday afternoon that a shooting had taken place at a recruitment centre on Amnicola Highway in Chattanooga. Shortly after, the Chattanooga Police Department said the situation had ended.

“Lives have been lost from some faithful people who have been serving our country, and I think I join all Tennesseans in being both sickened and saddened by this,” Tennessee Governor Bill Haslam said.

Witnesses and local media reports said the gunman, driving an open-top Ford Mustang, fired at two locations including a military recruiting centre and a US Navy Reserve centre about 10km apart. Witnesses said they heard scores of shots.

US President Barack Obama said early investigations indicated that Abdulazeez was acting alone, but promised a “thorough and prompt” inquiry.

“It is a heartbreaking circumstance for these individuals who have served our country with great valour to be killed in this fashion,” he said in a statement from the Oval Office. 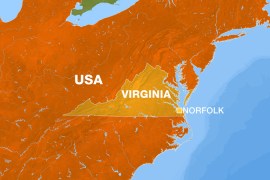 Two killed in US naval base shooting

Civilian suspect killed after shooting at Virginia naval base leaves one sailor dead. 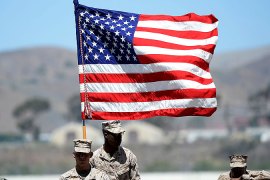 Fatal shooting at US army base 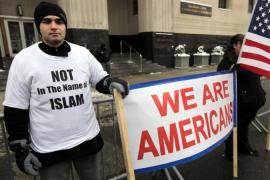 Rights groups say the US prosecution of terrorism cases targets Muslims and are fraught with abuses.