Two weeks ago, a small group of independent volunteers was on its way from Cairo to the suburbs of Sheikh Zuwayed in the Sinai Peninsula, to deliver charitable aid during the holy month of Ramadan.

But nonstop clashes between the Egyptian armed forces and fighters from the Province of Sinai (SP) – an affiliate of the Islamic State in Iraq and the Levant (ISIL) – forced the convoy to use a different route, to avoid checkpoints and roadblocks manned by the army.

While buying food and other goods to donate at a market in Shibana, a remote village deprived of education, health and infrastructure development, the volunteers were stopped by two masked, armed men affiliated with the SP. They were subjected to a short interrogation in the market, until a local sheikh intervened on their behalf, telling the masked men that arrangements for the group’s arrival had previously been made with SP leadership.

Nevertheless, according to the volunteers’ account, they were forced to attend a presentation about ISIL’s goals in Sinai, and spent a tense night in the village amid falling bombs and shells launched by the Egyptian army in its battle against the SP.

“We politely refused their invitation to Iftar [breaking of the fast] but could not do the same with the ‘hearing’ they held for us in the evening,” the volunteer group’s organiser said.

Several volunteers said that they’d been worried about coming under a potential army air strike, given their proximity to SP fighters. “We were told that many civilians, including women and children, had been killed by mistake. But if we were struck, it would not be by accident. We were forced to be in the same place with the militants,” a participant volunteer added.

After two stressful days, the volunteers were able to leave the area.

Having witnessed fighting between the army and the SP group, the volunteers claim that SP fighters are now in control of at least five villages south of Sheikh Zuwayed and Rafah, which have been partially destroyed by Egyptian army bombardment.

Local sources, interviewed along the course of research for this article, confirm that these villages include Mahdiya, Muqataa, Thouma and Thehier. SP has not officially announced its control over these villages, and neither has the army.

Over a year-long period, the SP, previously known as Ansar Beit al-Makdis group, has been able to establish control over large swaths of Sinai even before it pledged official loyalty to ISIL in November 2014.

Though the northern area – where clashes are taking place – is smaller than 10 percent of the entire Sinai Peninsula, it is the most densely populated area, with the best terrain for human settlement and agriculture.

The populations of Sheikh Zuwayed and Rafah are unofficially estimated at 120,000. Approximately 30,000 persons were living in the southern suburbs and villages of both towns before the massive displacement brought on by fighting and the establishment of a buffer zone near the Gaza Strip.

The SP was able to establish checkpoints and tight control of the local population by executing anyone it “convicted” of cooperating with the Egyptian or Israeli authorities or opposing its presence in the area.

On July 1, the SP launched its biggest attacks to date against 15 military targets, using weapons including anti-aircraft guns and landmines. The attack was unprecedented, exceeding in scope previous assaults that took place in January 2015 and October 2014.

The attacks against Egyptian troops continued for several hours before the Egyptian air force responded, using F-16 fighter jets and drones to neutralise the onslaught.

The use of air force was the decisive factor in repelling the attackers, according to eye witness accounts. The strikes against intended targets were very precise with few civilians killed, local journalists said.

The next day, residents counted eight destroyed four-by-four vehicles that belonged to the fighters. Each vehicle usually carries at least five fighters.

Muhammad Quweider, a civilian, was killed by SP fighters when he refused to let them use the rooftop of his house as a sniper position aimed at the Sheikh Zuwayed police station, local sources said.

Another factor that helped minimise the number of civilian causalities was that the areas, and the streets where clashes took place, were empty at the time. The use of precise drones limited the damage to surrounding areas.

Witness accounts and local residents interviewed for this article stated that the fighters suffered dozens of casualties.

From a military perspective, the result of the latest operation was, at best, a draw. Many, however, are claiming that what took place was a complete victory for the Egyptian army, given that Sheikh Zuwayed did not fall to the SP.

Most Egyptian mainstream media outlets and posts on social media that celebrated this alleged victory compare the Egyptian army’s ability to hold Sheikh Zuwayed to the fall of Mosul in Iraq, Raqqa in Syria and Derna in Libya to ISIL or ISIL-linked groups.

But this argument shows a bare minimum of optimism. There remains no serious discussion of eradicating SP fighters from the area – and there is no talk of investigating the repeated military and security failures that have taken place since the start of this conflict two years ago.

In the aftermath of the battle, hundreds of frightened families who had fled the fighting in Sheikh Zuwayed found themselves without government assistance, which could have helped them find temporary residence or shelter in nearby cities. In this vacuum, volunteers from al-Arish have launched initiatives to help displaced people.

Meanwhile, a media frenzy in Egyptian newspapers, TV shows and public figures’ social media accounts have called for the forced evacuation, or even “genocide” of the residents from the area of clashes, to help the troops accomplish their mission.

For their part, local residents fear that the SP may come back to exact revenge with more fighters.

Although the Egyptian government claims that stability has returned to the region, events in Sinai have belied this: Just two hours after Egyptian leader Abdel Fattah el-Sisi publicly reaffirmed the army’s control over Sinai, an explosion targeted Sheikh Zuwayed’s main electricity station.

On the same day of Sisi’s visit on July 4, two employees of the electricity company were killed and the electricity was cut off in Sheikh Zuwayed, Rafah and the southern part of the Gaza Strip. And on July 9, 15 policemen were injured in an attack targeting their bus west of al-Arish.

Despite the repeated claims made by the Egyptian military, it remains to be seen if the instability will cease. 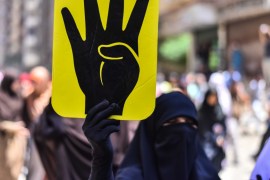 At least 25 fighters loyal to ISIL killed in town of Sheikh Zuweid, and weapons and explosives destroyed, military says.