A businessman in Japan has unveiled a hotel run by robots, insisting the move is not a gimmick but a serious attempt at reducing costs.

Henn na Hotel, as it is called in Japanese, was shown to reporters on Wednesday, complete with robot demonstrations, ahead of its opening to the public on Friday.

Hideo Sawada, who runs the hotel as part of an amusement park, said the move to use robots was aimed at utilising technology and achieving efficiency.

The ‘staff’ include a dinosaur-shaped receptionist robot that speaks in English, and the one that speaks Japanese, shaped like a woman with blinking lashes.

The visitor still has to punch a button on the desk, and type in information on a touch panel screen.

Another feature of the hotel is the use of facial recognition technology, instead of the standard electronic keys, by registering the digital image of the guest’s face during check-in.

Staying at Henn na Hotel starts at $80, a low price in Japan, where a stay in one of the nicer hotels can easily cost twice or three times that much.

In the hotel’s rooms, a lamp-size robot in the shape of a fat pink tulip called Tuly answers simple questions like, “What time is it?” and “What is the weather tomorrow?”

You can also tell it to turn the room lights on or off. There are no switches on the walls.

The hotel still relies on humans for security. 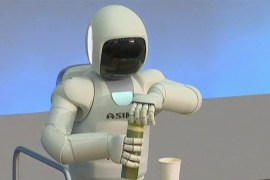 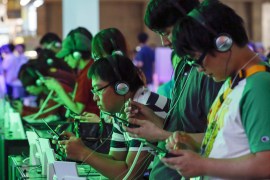 With more than 500,000 internet addicts, government sponsors programmes to get teenagers offline. 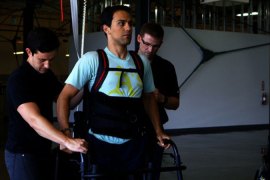