The Islamic State of Iraq and the Levant (ISIL) group says it has destroyed two ancient shrines close to the Syrian city of Palmyra, seized by the armed group a month ago.

Photographs posted online appeared to show the shrines, 4km from Palmyra, being blown up and reduced to rubble on Saturday.

It was the first reported damage to ancient sites since ISIL captured Palmyra, known as Tadmur in Arabic and famed for its UNESCO-listed Roman ruins.

The second shrine was built over 500 years ago for a Sufi scholar known as Nizar Abu Bahaa Eddine.

In a statement, ISIL vowed to destroy statues and shrines, which it regards as idolatrous.

ISIL’s takeover of Palmyra has caused international concern about the fate of the city’s historical treasures since the group has destroyed heritage sites in areas under its control in neighbouring Iraq.

In March, ISIL used a bulldozer to destroy a 3,000-year old Assyrian city near Mosul, after also smashing artefacts in the city’s museum.

The group has blown up dozens of shrines in Iraq and Syria, many belonging to the Sufi sect.

A few days ago, ISIL reportedly placed explosives at Palmyra’s ruins as government forces stepped up their assault to recapture the city.

Hundreds of civilians have been killed in the city since it was captured in May, activists say, and thousands have fled. 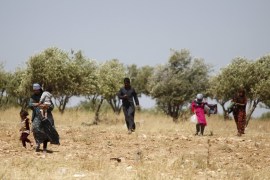 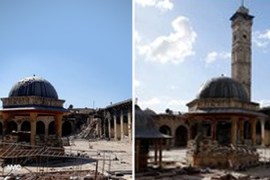