Al Jazeera has urged Germany to immediately release its journalist Ahmed Mansour, who was detained at a Berlin airport at the request of the Egyptian authorities.

Mansour, a senior Al Jazeera Arabic TV journalist, was arrested at Berlin’s Tegel airport at 13:20 GMT on Saturday as he tried to board a Qatar Airways flight from Berlin to Doha.

The crackdown on journalists by Egyptian authorities is well known. Our network, as the Arab world's most-watched, has taken the brunt of this. Other countries must not allow themselves to be tools of this media oppression, least of all those that respect freedom of the media as does Germany.

“Our network, as the Arab world’s most-watched, has taken the brunt of this. Other countries must not allow themselves to be tools of this media oppression, least of all those that respect freedom of the media as does Germany.

“Ahmed Mansour is one of the Arab world’s most respected journalists and must be released immediately.”

The temporary detention investigative judge concluded his investigation with Mansour on Sunday, after which he was transferred to Moabit prison in Berlin.

Mansour told Al Jazeera by telephone earlier that he would remain in custody until Monday.

“The attorney general will look in more detail at the actual allegation and we hope make a formal decision on whether or not Mansour’s detention can be justified,” he said.

“It is entirely possible he could be freed tomorrow.”

Mansour was sentenced in absentia to 15 years in prison by Cairo’s criminal court in 2014 on the charge of torturing a lawyer in Tahrir Square in 2011.

He denied the charges. And in October last year, Interpol rejected Egypt’s request for an international arrest warrant against him.

Al Jazeera dismissed the accusation as a flimsy attempt at character assassination against of one of its leading journalists.

Thousands of activists and political opponents have been arrested, prosecuted and in some cases sentenced to death since former President Mohamed Morsi was deposed two years ago.

Peter Greste was deported in February after 400 days in detention, while two of his colleagues, Baher Mohamed and Mohamed Fahmy, face a retrial.

I am now in detention in Berlin airport in Germany as I was heading back to Doha.

The airport authorities detained me based on an Interpol order at the request of the Egyptian authorities.

I informed [ the police] that the global police organisation has rejected Egypt’s request and that I have this document from the Interpol to prove that I am not wanted in any charge.

I also told them that all the cases that were filed against me in Egypt were fabricated.

They, however, insisted on holding me in their detention centre for investigation.

They told me that they will transfer me to face an investigating judge, who will determine my case.

I refused to sign the detention request until I speak to my lawyer who just got here.

We hope that this misunderstanding will be resolved quickly.

It is quite ludicrous that a country like Germany would enforce and support such a request made by a dictatorial regime like the one we have in Egypt.

The Interpol itself cleared my name with this document that I have in my hands. 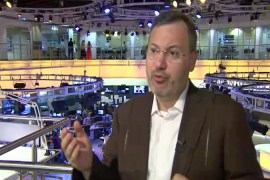 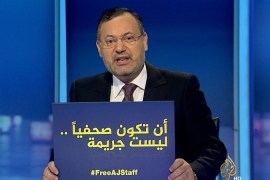 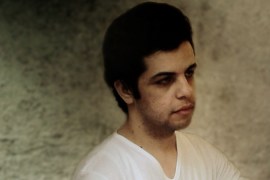 Reporters at Abdullah Elshamy’s court hearing record him as saying he had not seen a doctor or a lawyer since August.