The United States military has mistakenly sent live anthrax bacteria to laboratories in nine US states and a US airbase in South Korea, after apparently failing to properly inactivate the bacteria last year, US officials have said.

The Pentagon said on Wednesday that there was no known suspected infection or risk to the public. But four US civilians have been started on preventive measures called post-exposure prophylaxis, which usually includes the anthrax vaccine, antibiotics or both.

Twenty-two personnel at the base in South Korea were also given precautionary medical measures although none have shown sign of exposure, the US military said.

Alex Jensen, a journalist based in South Korea, told Al Jazeera that the Osan base – where the bacteria was sent – was only about 60km from the capital, Seoul.

“It could have been worse,” he said, adding that the other major US base was in the middle of the highly-populated capital.

“I would say that the situation and the panic levels are under control.”

The four civilians affected in the US face “minimal” risk, said Jason McDonald, a spokesman for the US Centers for Disease Control and Prevention (CDC), which has begun an investigation of the incident. They had been “doing procedures that sent the agent into the air,” he said.

When anthrax becomes airborne, it can cause a deadly illness called inhalation anthrax. That occurred in 2001, when anthrax sent through the US mail to government and media targets killed five people.

The anthrax, which was initially sent from a Utah military lab, was meant to be shipped in an inactive state as part of efforts to develop a field-based test to identify biological threats, the Pentagon said.

All samples involved in the investigation will be securely transferred to the CDC or affiliated labs for further testing, spokeswoman Kathy Harden said, adding that CDC has sent officials to the labs “to conduct on-site investigations”.

The mishap comes 11 months after the CDC, one of the government’s top civilian labs, similarly mishandled anthrax. 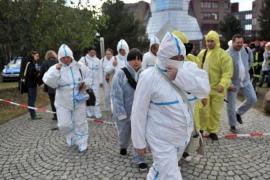 Scores of US scientists ‘exposed to anthrax’ 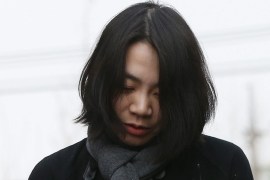 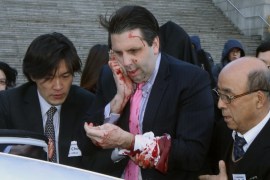 US ambassador attacked in South Korea