Indian officials have accused Maoist rebels of abducting 250 villagers in the restive state of Chhattisgarh, hours before Prime Minister Narendra Modi was scheduled to tour the region.

Chhattisgarh state’s chief minister, Raman Singh, said on Saturday that 250 villagers were kidnapped in Sukma district late on Friday, some 80 kilometres from where Modi addressed a public rally.

“250 villagers have been abducted by the Maoists. We are trying our best to secure their release,” Singh told the AFP news agency without giving further details.

Poltician Kawashi Lakma said the rebels had taken the villagers through deep forests to a nearby hill.

Lakma told the AFP that the Maoists “had been opposing the construction of a bridge on one of the rivers because they felt it would give the security forces easy access to their hideouts,”

The abduction is the latest incident in a long-running conflict that pits the insurgents against security forces in remote areas of the so-called “Red Corridor” stretching through central and eastern India.

The rebels, who say they are inspired by Chinese revolutionary leader Mao Zedong, are believed to be present in at least 20 states but are most active in Chhattisgarh, Odisha, Bihar, Jharkhand and Maharashtra, occupying thousands of square kilometres of land.

They have been fighting since 1967 for a communist society by toppling what they call India’s “semi-colonial, semi-feudal” form of rule.

In violence that is believed to have cost tens of thousands of lives, the Maoists say they are seeking a greater share of wealth from the area’s natural resources and more jobs for the poor. 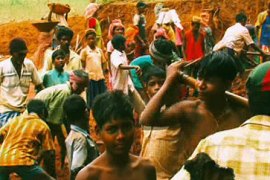 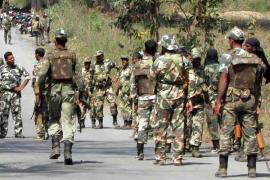 At least 13 killed and another 12 wounded in an ambush in remote part of central Indian state of Chhattisgarh. 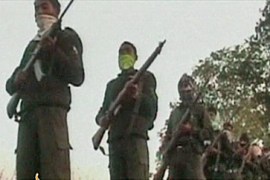 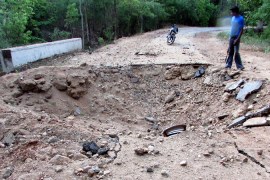 At least 27 killed in an attack by suspected Maoist rebels on Congress Party leaders in central state of Chhattisgarh.