John Kerry, the US secretary of state, has met the Russian President Vladimir Putin in a bid to ease strained relations over the conflicts in Ukraine and Syria.

On his first trip to Russia since the Ukraine crisis began, Kerry held more than four hours of talks with Russia’s Foreign Minister Sergey Lavrov at a hotel in the Black Sea resort of Sochi, before seeing Putin on Tuesday at his presidential residence in the city. Putin is in Sochi meeting with Russian defence officials for a week.

The top US diplomat plans to test Putin’s willingness to make pro-Russia separatists in Ukraine comply with an increasingly fragile ceasefire agreement, according to US officials travelling with him.

Kerry will also seek to gauge the status of Russia’s support for embattled Syrian President Bashar al-Assad, whose forces have been losing ground to rebels, and press Moscow to support a political transition that could end that war, the officials said.

In addition, Kerry will make the case to Putin that Russia should not proceed with its planned transfer of an advanced air defence system to Iran.

Kerry’s trip comes as relations between Washington and Moscow have plummeted to post-Cold War lows amid the disagreements over Ukraine and Syria.

In a sign of the considerable strain, the Kremlin would not confirm Kerry’s meeting with Putin until just an hour before he arrived in Sochi, a full day after US officials had announced it. Russia’s Foreign Ministry had previewed the talks by blaming Washington for the breakdown in relations. 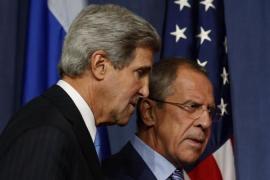 Kerry in Russia to discuss conflicts with Putin

Kerry’s visit to the Black Sea resort of Sochi is the first by a high level US official to Russia in two years. 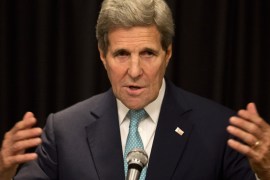 US secretary of state to meet top officials in country struggling to rebuild after decades of war and insurgency. 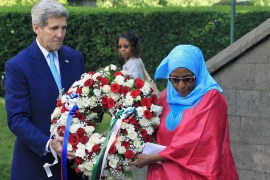