US Secretary of State John Kerry has arrived in Russia to meet President Vladimir Putin with an eye on easing badly strained relations over conflicts in Ukraine and Syria.

Kerry flew to the Black Sea resort of Sochi on Tuesday for the highest-level US visit to Russia in two years, to discuss issues including the Iran nuclear talks, Yemen and Libya.

With relations between the two countries at their lowest level since the Cold War, the trip appeared designed as much to maintain contact as anything else.

“It’s important for us to keep these lines of communication open. It’s important to try to talk to the senior decision-maker,” said a senior US state department official who briefed reporters travelling with Kerry.

“We have a lot of business that we could do together if there is interest,” said the official, who spoke on condition of anonymity.

“Through dialogue, it is possible to find ways for a normalisation – closer coordination in dealing with international problems,” Peskov told reporters.

But he added: “Russia was never the initiator of this cooling of relations.”

Relations between Washington and Moscow have sunk since Russia annexed the Crimea peninsula in March of last year and backed pro-Russian rebels in eastern Ukraine.

Moscow accuses Washington of orchestrating last year’s overthrow of a Ukrainian president who was backed by Russia.

The US has accused Russia of failing to withdraw heavy equipment such as air defence systems, tanks and artillery from eastern Ukraine in violation of a peace plan agreed in February and known as Minsk 2.

Russia denies Western and Ukrainian accusations that it is arming the pro-Russian separatists battling the government and supporting them with its own military forces.

More than 6,100 people have been killed since April 2014 in the Ukraine crisis. 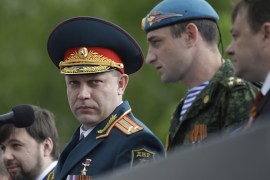 Aid workers accused by rebels of being CIA agent and “enlisted” have been released after being held for 10 days. 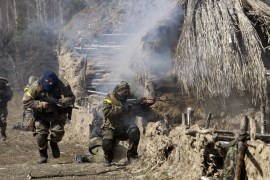 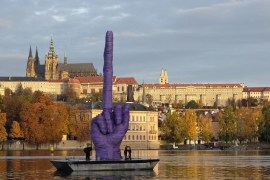 Czech president bans US envoy from palace over Ukraine

Country’s PM and legislators side with envoy after he criticises president for attending Russian military parade.