The Islamic State of Iraq and the Levant (ISIL) group has released more than 200 captives – mainly elderly and children belonging to the Yazidi community – held for eight months in captivity in the group’s stronghold, Mosul.

Hiwa Abdullah, a Peshmerga commander in the northern Iraqi city of Kirkuk, where the handover of prisoners to Kurdish authorities took place on Wednesday, said that most of the 216 freed captives, including 40 children, were in poor health and bore signs of abuse and neglect.

Those released are being transferred to Erbil, the capital of the autonomous Kurdish region, to receive medical treatment and care.

No reason was given by ISIL for the release of the Yazidis who were first abducted from the northern town of Sinjar that was seized in August 2014 by the armed group. Thousands had fled the group’s offensive and hundreds of others were taken captive.

According to police sources, the releases aimed to remove the burden of having to provide food, shelter and medical care to the captives.

There were also unconfirmed reports that Yazidi tribal leaders, with the help of Arab tribal chiefs, paid ISIL money to help free their relatives.

Al Jazeera’s Osama Mohamed, reporting from Baghdad, said that ISIL is likely shifting its focus and use of resources towards defending itself in the face of a growing government offensive against the group.

It is the second time that ISIL freed a large group of captives. In January, the group released about 200 captives, who were mostly Yazidis as well.

Despite a wave of US-led air strikes and mounting offensive by the Iraqi military backed by Shia militias against ISIL, the armed group still controls about a third of Iraq, including the country’s second biggest city of Mosul and about 70 percent of Anbar province. 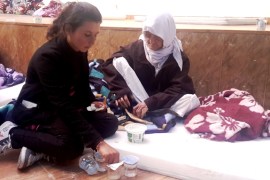 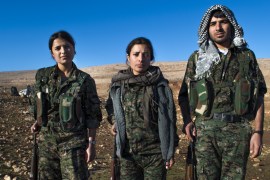 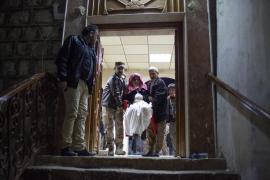 Hundreds of Yazidis have gathered in Iraq’s holy centre of Lalish, struggling to recover after months in captivity.