Iran and global powers have sealed a deal on plans to curb Tehran’s chances for getting a nuclear bomb, laying the ground for a new relationship between the Islamic republic and the West.

Though the agreement was hailed as a major breakthrough in a 12-year standoff between Iran, Europe and the United States, world leaders toned down their reactions, underlining a lack of trust in Tehran and scepticism in some quarters that the hard-fought deal could last.

Here are some of the quotes from the main protagonists in the talks between Iran and P5+1, made up of the United States, Britain, France, China, Russia and Germany:

This framework would cut off every pathway that Iran could take to develop a nuclear weapon. I am convinced that if this framework leads to a final comprehensive deal, it will make our country, our allies and our world safer.

This deal is not based on trust. It’s based on unprecedented verification.

The effect of this will be, when we implement our measures there won’t be no sanctions against the Islamic republic of Iran.

We have built mutual distrust in the past…So what I hope is that through courageous implementation of this some of that trust could be remedied. But that is for us all to wait and see.

US Secretary of State John Kerry

Diplomacy had paid off, insisting that “simply demanding that Iran capitulate makes a nice sound bite, but it’s not a policy”.

If we find at any point that Iran is not complying with this agreement, the sanctions can snap back into place.

“In return for Iran’s future cooperation, we and our international partners will provide relief in phases from the sanctions that have impacted Iran’s economy.

This is well beyond what many of us thought possible even 18 months ago and a good basis for what I believe could be a very good deal. But there is still more work to do

This deal contains the principal put forward by Russian President Vladimir Putin, which is Iran’s unconditional right to a peaceful nuclear programme.

The international community had never “been so close to an agreement preventing Iran from having nuclear weapons”.

France will be watchful … to ensure that a credible, verifiable agreement be established under which the international community can be sure Iran will not be in a position to have access to nuclear arms.

The deal will pave the way to bolstering “peace and stability” in the Middle East and allow cooperation on the “many serious challenges (countries) face” in the region.

The accord is a “historic mistake”.

The final deal based on this agreement “would threaten the survival of Israel”. 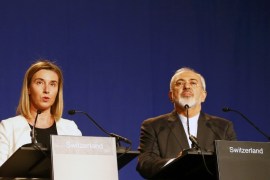 Agreement will curb Iran’s nuclear programme and end most sanctions imposed on country. 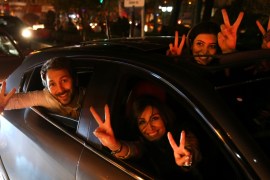 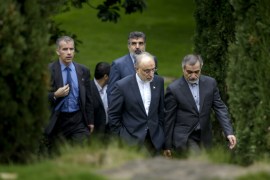