A farmer has hanged himself in front of hundreds of protesters gathered in India’s capital to rally against the government’s reform of land purchasing laws.

Television footage of Wednesday’s protest in New Delhi showed the father of three sitting in the branches of a tree before taking a scarf and hanging himself as police, protesters and media crews looked on.

He was rushed to hospital, but declared dead on arrival.

Local media said a suicide note had been recovered from the farmer’s body, which said he had recently suffered crop losses because of unseasonal rains in Rajasthan.

Narendra Modi, the country’s prime minister, said the nation was “deeply shattered and disappointed” over the death.

“At no point must the hardworking farmer think he is alone. We are all together in creating a better tomorrow for the farmers of India,” Modi said on Twitter.

Anger was mounting over whether police and rally organisers did enough to save the man, as a political row erupted over who was to blame for the suicide.

‘In front of our eyes’

Delhi Chief Minister Arvind Kejriwal and his Aam Aadmi (Common Man) Party (AAP), who organised the rally , quickly came under fire from political opponents for continuing the event even after the farmer was taken down from the tree.

“We want to ask AAP why they didn’t stop their speeches when they heard that the farmer had died,” said Sambit Patra, a spokesman for Modi’s Bharatiya Janata Party.

But Kejriwal put the blame on police, saying “he climbed the tree in front of our eyes”.

“I kept telling the police to save him but the police are not in our control,” Kejriwal said from the stage during the rally.

The demonstration was held in opposition to changes to the Land Acquisition Act introduced by Modi’s government, which it said would make it easier for businesses and the government to buy land from the farmers.

A number of farmers have committed suicide across India in recent weeks. The Times of India reported, citing the state government’s figures, that at least 600 farmers killed themselves in just Maharashtra state in the last three months alone. In 2014, the same state reported almost 2,000 farmer suicides, the report said. 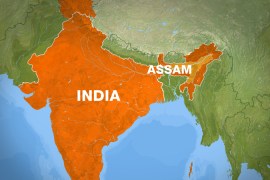 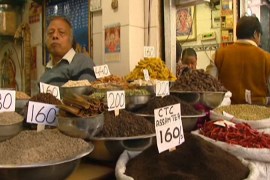