Sunday’s bombing came hours after a roadside blast targeted an army vehicle killing six soldiers and wounding two in the peninsula, where security forces are battling an insurgency.

One of the two killed in the suicide car bombing was a civilian, and several policemen were among those wounded, medics said.

Police said the attacker drove a truck loaded with explosives but covered with straw and detonated it close to the police station in North Sinai’s provincial capital of El-Arish.

The facade of the police station was damaged, police said, adding that several nearby buildings also suffered damages.

Security officials said the roadside bomb was planted in an area of the northern Sinai peninsula that is a stronghold of Ansar Beit al-Maqdis, which has pledged allegiance to the Islamic State of Iraq and the Levant (ISIL) group.

Egypt has conducted a long-running campaign in the Sinai Peninsula.

Al Jazeera’s Cairo bureau chief, Abdelfattah Fayed, said there was a “military and media war” going on in Sinai between the army and the groups behind the attacks, adding that the government is only beginning to speak puplicly about the attacks after assailants posted videos about them.

Early in April, a series of ambushes targeting the military killed 15 soldiers and two civilians.

The army said 15 of the attackers were also killed in the clashes.

In January this year, suicide car bombers and attackers killed several dozen soldiers at a military base in El Arish. 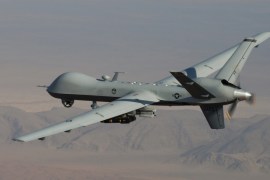 US approves sale of missiles to Egypt

First sale of weapons to Egypt since overthrow of Morsi government approved, as Egypt takes part in Yemen coalition. 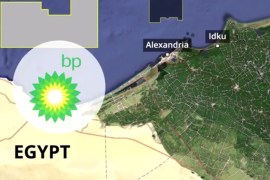 Q & A: BP gas deal with Egypt a giveaway?

Report reveals Egypt missed out on billions of dollars in profit in its deal with the British energy giant.