Leaders of the Palestine Liberation Organisation (PLO) have called for ending security coordination with Israel.

The PLO’s Central Council (PCC), the second-highest Palestinian decision-making body, took the decision on Thursday in the light of rising tensions with Israel.

Launched under the 1993 Oslo autonomy accords which founded the Palestinian Authority (PA), the coordination involves the sharing of intelligence and is considered crucial for Israel to monitor the Hamas movement.

It is not clear if Palestinian President Mahmoud Abbas will implement the resolution by the Council, but the decisions it takes are usually binding on the PA.

Council member Mustapha Barghouthi told the AFP news agency that decisions were binding “because it was the PLO which created it [the PA] and which signed the Oslo accords”.

A statement issued by the 110-member Council read: “Security coordination in all its forms with the authority of the Israeli occupation will be stopped in the light of its [Israel’s] non-compliance with the agreements signed between the two sides.”

It said Israel “should shoulder all its responsibilities towards the Palestinian people in the occupied state of
Palestine as an occupation authority according to international law.”

The Palestinians submitted a UN Security Council resolution in December – which was voted down – calling for an end to Israel’s occupation of the West Bank within two years, and in January joined the International Criminal Court, where they plan to press for war crimes against Israel.

Israel has in response frozen $127m per month in tax revenues due the PA, rendering it unable to pay tens of thousands of employees and threatening its very existence.

Israel has withheld and subsequently released Palestinian tax revenue in the past. The Palestinians have also threatened to dissolve security coordination in the past. 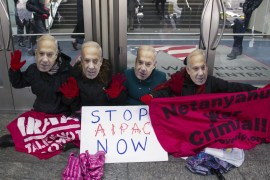 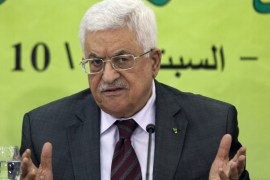